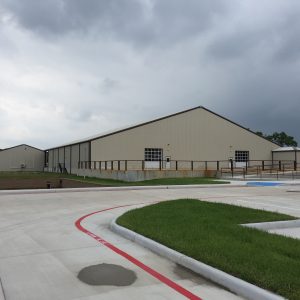 Just down FM 359 from Texian Brewing in Richmond, Running Walker is laying the chips to become a major player in the Houston area craft beer scene. A few of their beers are starting to show up in accounts around town, and they have much bigger plans in the upcoming months. Fellow Houston Beer Guide writer Greg Manuel and I were invited out to the brewery to check out the progress. The brewery shares land with the Braman Wines tasting room, which had a nice crowd for a rainy Saturday afternoon. The winery and the brewery are both owned by Joe Braman, a noted figure in Texas ranching, real estate, oil, and wine. The name Running Walker is from a breed of hunting dogs Joe hunts with, one of his passions. The brewery itself is located in a large warehouse building next door to the tasting room. In front of the brewery they are working on building a large outdoor patio with both their wine and beer served, along with a stage for live music. Inside of the brewery building they are planning on a tap room, also selling their wine and beer, along with what is going to be a beautiful event space. The winery itself is located in a building behind the brewery, and down the road there are plans for a possible distillery as well. Also being discussed, is the idea of a tasting/tap room near downtown Houston serving their products. Our first steps inside of the brewery itself were quite a surprise. I’ve been in a number of breweries in my life, from large scale operations to small shops, but I hadn’t seen anything quite like this. No expense was spared, the floors were epoxied, everything was brand new, and the feeling was more of walking into a chemical clean room than the usual brewery. The German brewer, with 20 years of industry experience, preaches cleanliness and it really showed. Also notable was the amount of space they had to grow. They could easily quadruple in size in this facility and still have space. Currently they are setup on a 17 BBL system with a IDD High Efficiency Brewing System (HEBS). This system allows them to brew 4-5 different batches of beer in a single day. As general manager Tom Rey told us, their limits on brewing right now aren’t on the system but on the number of fermenters they have. They also have an 150BBL surge tank for filtering their well water supply. 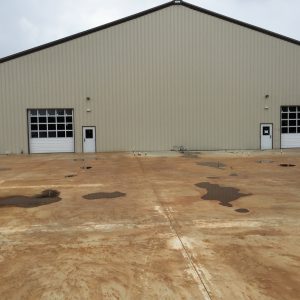 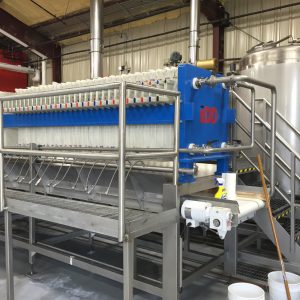 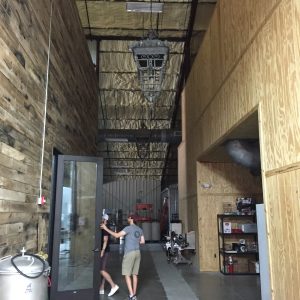 Picture from the brewery looking towards the tap room, with entrance to the private event space on the left.

While there, we were able to sample four of their beers, and a few of their wines as well. Since this is the Houston BEER Guide, I’ll focus on the beers, but I will remark that some of the wines were quite nice. The first beer we were able to sample was the Running Walker Kolsch.  In a theme that will repeat itself throughout all of the samples we had, the smell is fantastic. Balanced, with a dry finish, this will be a great beer for the summer months. Keeping with the theme of easy drinking summer beers, the next beer we tried was The Pilsner. For a pilsner it didn’t quite have the bite that many have, making it very easy to drink, but it was still flavorful and enjoyable. The third beer we had was the Texas Reserve IPA, and this was both of our favorite of the day. Greg and I both immediately remarked on the smell, it just fills your nose with a wonderful hop aroma. Upon tasting, it comes off with a very light malt backbone, enough hop notes to make it interesting, and very little to no bitterness. The final beer we were able to try was the Running Walker Stout. Once again, the smell is the first thing you notice, cinnamon and vanilla immediately hit your senses. However, on first taste, those flavors that I was afraid might overwhelm, come off quite balanced in the beer. The beer itself isn’t as sweet as many of this style. It’s actually quite balanced and even a bit dry. I quite enjoyed it, and will seek it out upon hitting the market. 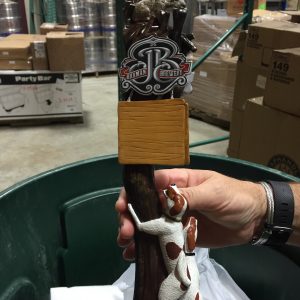 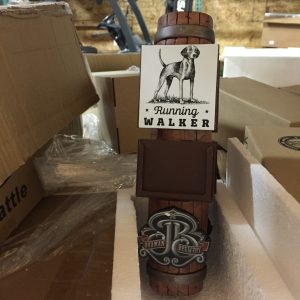 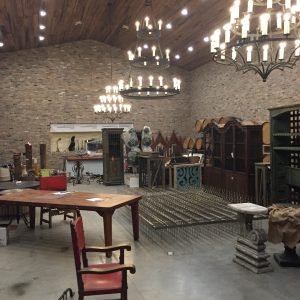 Currently, they are self-distributing and their beers are available on draft only. They have a bottling line, but decided to can with recent demand for canned beers. They have ordered the canning line but will use contract canners in the meantime. Expect to see their beers on shelves later this summer, and expanding in tap rooms around town.
Tags Openings Richmond Running Walker Brewery