Mongoose versus Cobra has the best flights in Houston 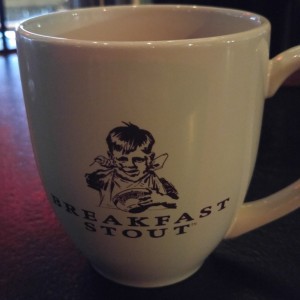 My new Founders mug, included with the flight!

Back in August, I asked, “Where are Houston’s flights?” Since then, many breweries have begun offering flights, and slowly, my vision for a small-drink Houston brewery scene is coming true. At the same time, a few bars have begun offering flights, including what is probably the greatest flight program in Houston at Mongoose versus Cobra in Midtown.

You’re likely familiar with the traditional flight structure at bars that offer them: in contrast to a brewery highlighting their beers all at once, a bar flight usually allows you to “pick and choose” from a list of beers that cost around the same amount in order to try multiple things. Flying Saucer, for example, offers a “Build your own” flight, in addition to some pre-designed flights such as “Hop Head,” “Texas,” or “World Taster.” However, the flights at Mongoose are a different paradigm altogether: they are offered only once, they highlight a single brewery at a time, and they include beers that, if you asked for them as part of a flight at most bars, would get you a laugh and a head shake.

Take for instance the December Founders Brewing Flight, a flight I was happy to partake in. Participants on December 3 (these special flights occur on alternating Thursday nights only) received six-ounce pours of Curmudgeon Old Ale, Founders Imperial Stout, Founders Breakfast Stout, and Kentucky Breakfast Stout. The last one was poured into a beautiful mug which participants got to keep. The total cost? $15. Considering the lengths to which many in Houston went to try to even taste KBS, this was a crazy steal. Add the awesome mug in, and you’ve got an irresistible flight. 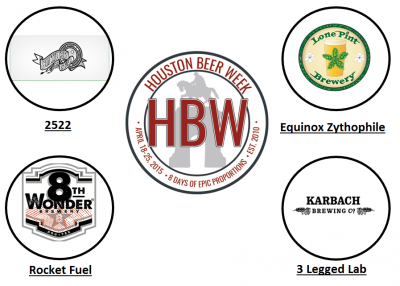 The flight that started it all: Houston Beer Week’s inaugural flight.

Other Thursday MvsC flights, all of which are between $10-15, have featured similar incredible offerings:

As a lover of flights, I urge you to make your way “under the ivy,” as they put it, for the next Thursday night flight on Jan 28. And you’re in for a treat: my favorite brewery in Texas, Real Ale, is the focus of a flight that includes TWO Mysterium Verum beers this Thursday. Devil’s Share (wine barrel aged Devil’s Backbone Tripel – this is a rare treat), and Codex Triplex (Brett. Brux. steel-aged WT3F?! – I recently tried and was blown away by this one) both are the stars of the show, joining two other Real Ale delights. Don’t miss out!

#DrinkNow: the exceptions to the rule