Ken Bridge has a passion for craft beer, as is clear in the focus on great brews at so of many of his restaurants in the Delicious Concepts group — Pinks Pizza, Shepherd Park Draught House and the recently opened Ritual on the corner of White Oak and Studewood in Woodland Heights.

The plans for the space now occupied by Ritual at one time included a neighborhood brewpub to be headed up by superstar of Texas craft brewing, Erik Ogershok. Erik’s move from Real Ale in Blanco to the Delicious Concepts team was huge news  to Houstonians who couldn’t wait to taste his offerings in H-Town.

As plans progressed the brewpub idea was shelved due to space constraints at the location. However, the promise of a Heights-area brewery headed up by Erik were not taken off the table. A few weeks ago, I had a chance to talk to Ken about the even bigger plans he has brewing for the concept, and they are ambitious. Four Phantoms is the working name for the brewery which will be the centerpiece of a mixed use project centered on a ~8 acre parcel just south of the Timbergrove/Lazybrook neighborhoods. The early renderings Ken shared with me show a dynamic, open space, with dock-height restaurants and large common spaces. Development plans are phased into a master plan that includes the brewery and restaurants as well as a 1 acre+ events lawn and lots of outdoor spaces in between. The 20k square foot brewpub will take up just under half the overall improved space. It will contain a production brewery, beer hall, and restaurant. Ken was clear that the plans are to operate under a TABC brewpub license to allow for both distribution off-site and operation of an on-premise bar and restaurant. 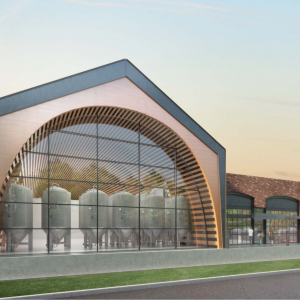 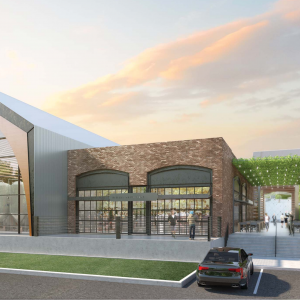 The specifics of plans for the beer are still hazy. Ken had already acquired a 15bbl brewhouse with intentions of using it in the original space and wants to bring that same equipment to the new location. The system has an interesting history: it came to Houston from Weyerbacher in Pennsylvania, but was originally used at Victory Brewing–the system Erik used when he was there. When we originally spoke, Ken said that beer recipe development was ongoing with an aim to get started with around eight beers at opening.

With the news this week that Erik was leaving Delicious Concepts, I reached back out to Ken to check in on the plans he and I originally spoke about; was Four Phantoms still on track?

Ken told me that the specifics of the brewing plans will now depend on who comes in to run the brewing side of the operation, but that the project itself was still moving forward. He is actively looking to put a brewing team together to bring those plans to fruition.

So, when will this exciting new brewpub be up and running? There’s definitely still some pre-construction planning being done, and Erik’s departure from the team leaves one more unknown. Is cold beer in the grand new beer hall a year away? Two? Hard to predict, as Ken isn’t committing to a timeline yet.

For now, the scale of the plans and the involvement of an industry veteran with a passion for Houston craft beer warrants close attention, especially to see exactly who will join on to help get the brewing operation going.

If It's Thursday, Whole Foods Market Has the Best Beer Deal in Town