You Should Be Drinking Texas Beer Refinery

Now that I’ve gotten that off my chest, allow me to remind you that I love goses. I think they are tasty, I think they are refreshing, and I think you could make a pretty good argument that they are a perfect Houston summer beer. So when I walked into Mongoose versus Cobra a couple weeks back and saw the Texas Beer Refinery Cranberry Gose on tap, I had a bit of a moment. On the one hand, I love goses. On the other, the only thing I had ever seen from Texas Beer Refinery was their absurd prepackaged growler distribution system at grocery stores. 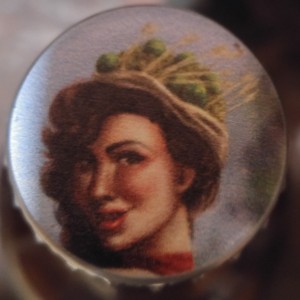 One more cool thing: the bombers (like this Mexican IPA) have incredible bottle caps.

But I’ll try pretty much anything, so I ordered a pint, took a sip, and was amazed. Twenty ounces later I wouldn’t shut up about how tasty of a beer it was.

I promptly texted several friends and fellow Houston Beer Guide writers to spread the word of this amazing find, and the conversations that ensued convinced me to seek out as many other Texas Beer Refinery beers as I could find without making the trek down to Dickinson. A quick trip to the HEB on San Felipe followed with me grabbing three other beers from their portfolio, including two bombers (the growler thing is apparently going away, which is good), and only because I already liked the cranberry variety, a growler of their Gulf Coast Gose.

Gulf Coast Gose Fall Edition (2015 Cranberry) – Tart and salty, with a great cranberry flavor, this is really really good. When I got to the end of my imperial pint, I realized I could drink a lot more of this.

Mexican IPA – Very adventurous flavors in this, but I enjoyed it immensely. There’s a limey and leafy flavor that works quite well, in spite of how that sounds. A great balance and I had no trouble finishing the bomber.

Gulf Coast Gose – Sure, there may have been no cranberry, but there were hints of grapefruit with lots of coriander. Very solidly constructed; this would be perfect for hot Houston summers. I will happily crush this one in the future.

Catalyst Imperial IPA – The only one of the four that didn’t blow me away, if only because my craft beer tastes have changed to veer me away from the extremely-hopped style of IPAs. Hop lovers will enjoy this because it is well crafted, bottle dated, and extremely hop-forward.

Having tried these four, I have to say I’m very excited for what Texas Beer Refinery does next. I may even head to Dickinson, when their new taproom opens in March, or the Clear Lake Shores Food Truck Park, where their beer is frequently available (and where I hear the food trucks are incredible). Regardless of where, you need to seek out TBR beers and drink them. You’ll be very glad you did.