One Year Later: Houston Breweries Have Risen to the NEIPA Challenge 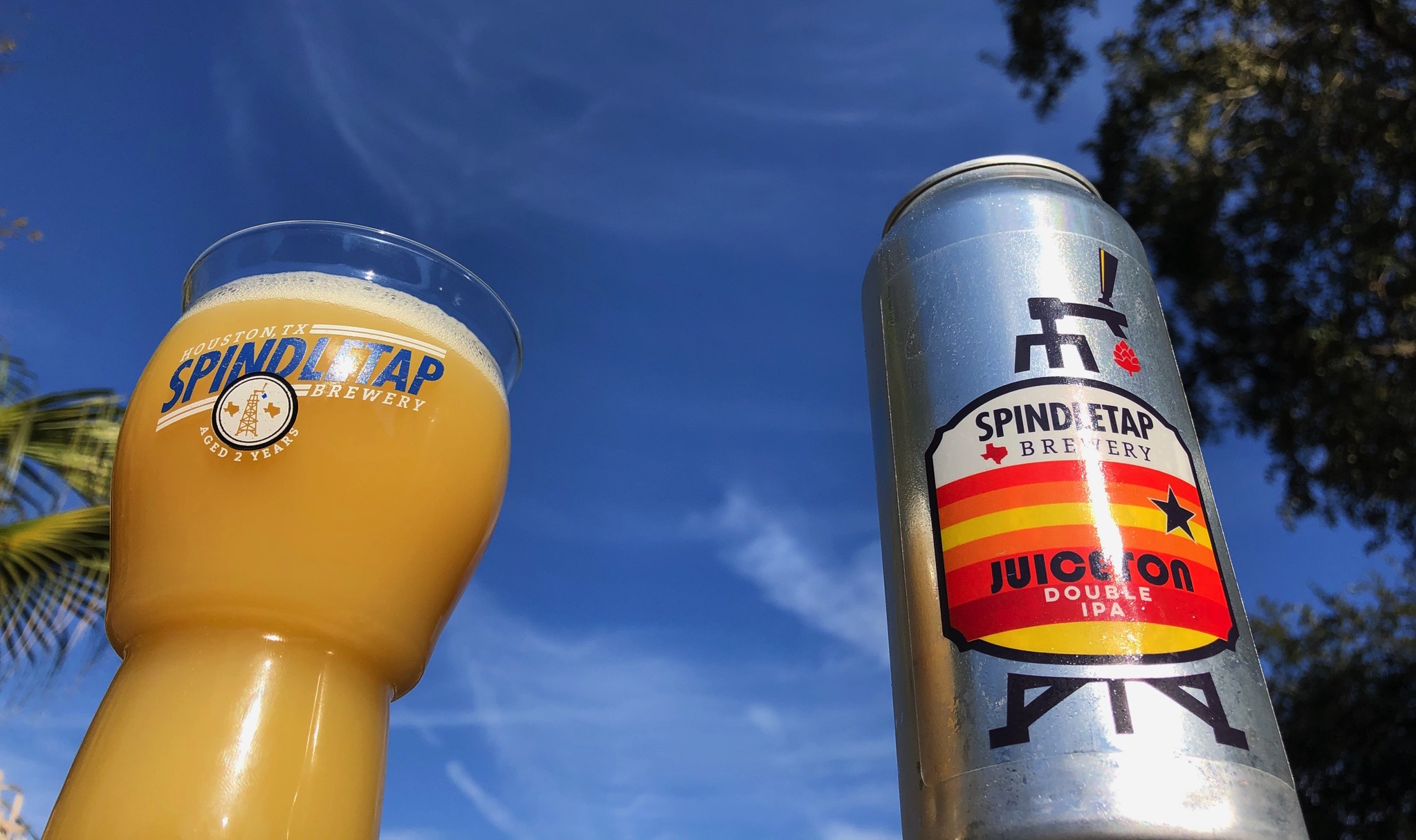 It’s hard to believe it’s been a year since Houston Beer Guide was kind enough to publish “Who Will be Houston’s Tree House or Trillium?” It’s even harder to believe how much progress has been made since I wrote that essay.

My initial hope was that a newcomer to the Houston craft beer scene would come online sometime in 2017 with a near-exclusive focus on New England-Style India Pale Ales. It turns out we’re inching ever closer to the launch of a brewer that has indeed stated its desire to make the NEIPA a core focus, alongside huge Imperial Stouts, in the form of Humble’s Ingenious Brewing, whose long-anticipated doors will hopefully be flung open sometime during the first quarter of 2018.

What I didn’t expect was how many already-existing Houston breweries would not only embrace the style in 2017, but end up making some of the most memorable beers of the year, several of which could hold their own among the upper echelon of brewers of the style. And perhaps the most surprising sidebar of all surrounding Houston’s NEIPA craze of 2017 is that this is one of the few instances I can recall where Houston is not only ahead of Austin in a craft beer category, but absolutely smoking our rival to the west. Outside of Pinthouse Pizza, Austin’s breweries seem to be mostly reluctant to explore the style.

While we’re not quite at what I would consider the best-case scenario: fresh cans of NEIPA available seven days a week, something only Boston can currently claim, Houston has made impressive strides in a very short amount of time. For a period of time over the summer into the fall, Brookshire’s Baa Baa Brewhouse was canning a new NEIPA on a near-weekly basis. Conroe’s Copperhead removed some of the most annoying parts of NEIPA culture, the lines and FOMO, and implemented a wonderful online ticketing system. And SpindleTap began to ramp up its production of new iterations of the style while also helpfully adopting the online-ordering & pick-up-at-your-convenience route, delivering some of my favorite beers of the year in the process.

In light of all of the progress Houston has made, here’s a quick look at some of the breweries that have helped build a local world of NEIPA (even if some of them would rather not refer to the style under that nomenclature) that didn’t even exist a year ago:

– B-52, technically the very first in the greater Houston area to produce a hazy, juicy IPA back in November/December 2016, continued to delight palates in 2017, first by canning its popular Wheez the Juice, and following that with subsequent crowler and can releases throughout the year. The brewery has also added milkshake variants of many of its NEIPAs to its offerings.

– Whole Foods has been the city’s most steady producer of NEIPAs, along with accompanying milkshake versions of their beers, with new releases more or less weekly since early summer. Whole Foods and B-52 teamed up several months back to produce a hugely dry-hopped DIPA called Whole Payload, and rumor has it that both breweries will be teaming up again in the not-too-distant future, perhaps with some additional friends.

– Sigma Brewing made waves with its 4XDH Medina Sod, and recently released its most-hopped beer ever, The Apparatus.

– No Label threw its hat into the ring, releasing the successful Sittin’ Sidehaze over the summer, and delivering a second NEIPA at the end of he year, Phaze Two.

– Baa Baa Brewhouse, one of the the smallest breweries in the greater Houston area, went from brewing the first beer in Houston specifically referred to as a New England-Style India Pale Ale, to creating a small frenzy over the summer with its (very) limited canning runs of its small-batch NEIPAs. I know I’m not the only one hoping that the owners, who still run the brewery as a part-time endeavor, decide to go all-in, especially if they keep producing beers of the caliber they delivered in the second half of 2017. An increase in the hours they are open would certainly be welcome. Baa Baa is one of the most difficult breweries for me to pick up beers from, despite being the second closest brewery to my house. Their typical hours, Saturday from 5-8pm, fall right around dinnertime for those of us with young families. And they often underestimate the demand for their beer, leaving folks out of luck upon arrival, but they should be commended for taking advantage of online ticket sales when demand is expected to be exceptionally high. While I’m wary of stoking the hype fires too dramatically, the leveling up in beer quality and the discomfort caused by limited production that Baa Baa has been going through reminds me of the early days of Tree House in 2012. I suppose there are worse problems to have.

– SpindleTap was the first locally to really nail the hallmarks of what I look for in the NEIPA style with Houston Haze, and things only got better from there. After spending the first few months post-Haze focused on production of their new flagship, the brewery started branching out this past summer, and has since released some stellar examples of what the style can be, including the recently re-released Hops Drop, Draped Up, 5% Tint, and Operation Juice Drop and Juiceton, the latter two of which were my top two local beers of 2017. With the brewery set to release its most heavily-hopped beer ever at the end of January, Heavy Hands DIPA (plus another batch of Juiceton), 2018 is already off to a stellar start.

Now with all said, there’s still plenty of work to be done. For every successful local NEIPA, there’s been at least one that didn’t quite work out the way the brewers likely intended it to. That’s to be expected any time an entire city’s worth of producers begins trying its hand at something that no one had really taken a stab at before, but there’s also going to be less room for error going forward. While I’ve never been afraid to call it like I see it, I’ll also admit to occasionally going into cheerleading mode because I want the style to succeed locally.

Going forward, simply brewing a beer that may carry some of the characteristics of the style without the depth and flavor to back it up may not be good enough. There will be less room for forgiveness for stumbles as the beer drinking community gets increasingly exposed to top-tier examples of the style. With several very good NEIPAs having been brewed locally, not to mention geographical rival Parish elevating its game to what many would consider an elite level, Houston’s breweries will have to continue to iterate on and perfect their techniques while developing new and even more flavorful recipes to continue winning the hearts and minds of the city’s juice fiends.

The good news is, a very solid foundation has been laid, and (I still can’t believe I feel this way from where my head was at 365 days ago) I’m confident that Houston has the talent and passion to not only meet the needs of the city’s lovers of the style, but enter the national dialogue as a sought-after destination of juice bombs as well.