Saint Arnold really knows how to throw a birthday party! In what’s become an annual event, the brewery went deep into their cellar to pull out some rarities and barrel aged variants for the ‘Rare Cellar’ tasting.

There was a definite buzz of excitement in the stairs as the crowd waited for the taps to open on Sunday, June 12. I was at the first of two sessions, along with fellow Houston Beer Guide writers Nathan Miller and Jose Luis Cubria. For a $65 entry ticket each entrant received a commemorative (and adorable) 4oz pilsner style tasting glass and a punch card good for 2oz pours of each of the specialty beers below, along with a cheese plate from the Houston Dairymaids and a couple ‘break beers’ from the regular lineup. 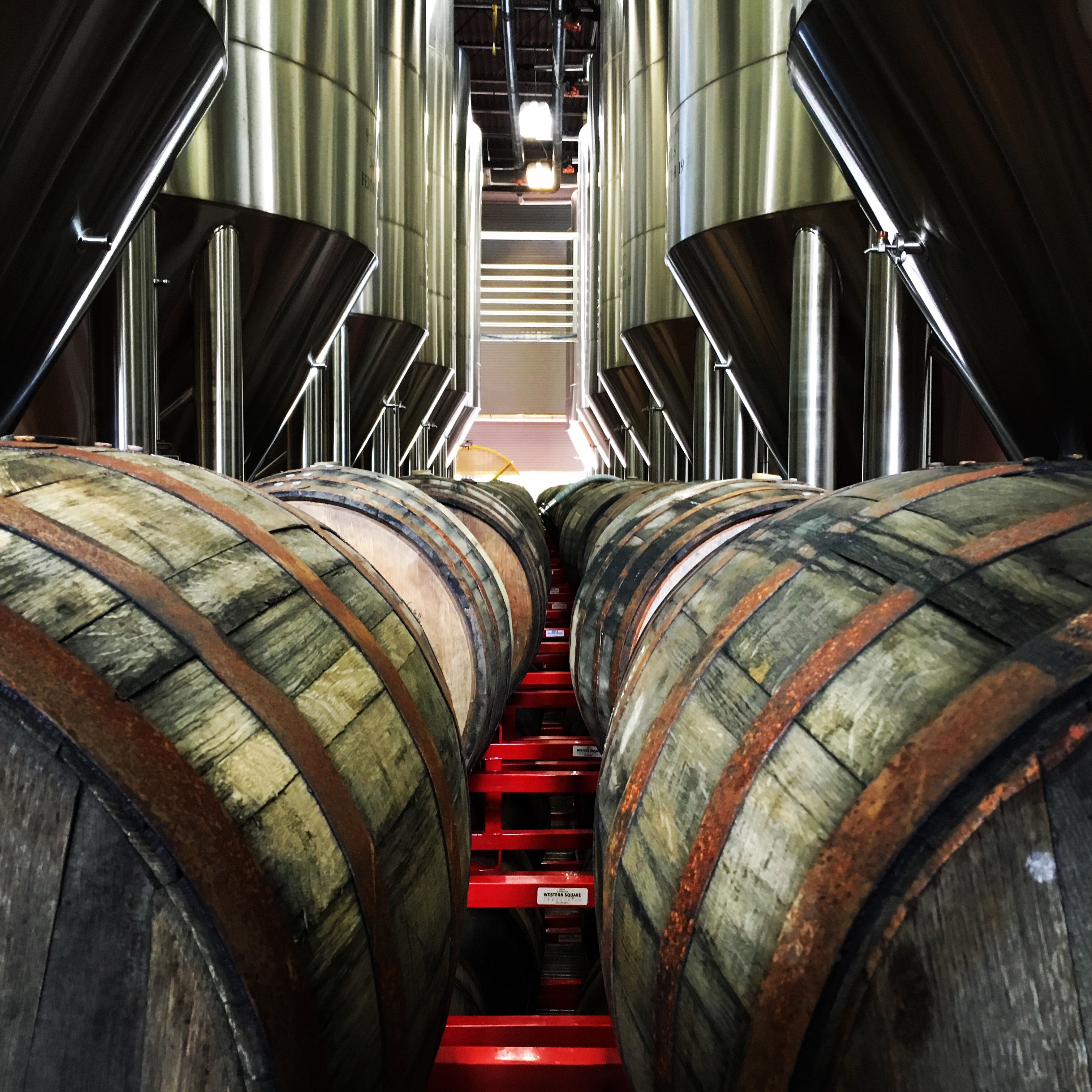 As in previous years, the brewery had stations set up around the main beer hall, each serving two of the beers on offer on tap through a jockey box or bottles. As tickets were limited the crowd was thin, and getting beers (or cheese) was rarely more than a 60-second wait. There was also plenty of space at the tables in the hall to spread out. This also allowed plenty of time for my favorite part of events like this – chatting with the brewery employees pouring the beers, who in many cases were the brewers who created or contributed to the beer they were pouring.

Where the two previous Rare Cellar tastings were more of a full tour of everything going on in Saint Arnold’s barrel room, this year’s event focused on variants of a few of the things touching wood in the lower levels at 2000 Lyons Avenue. I’ll be honest — my first reaction to this beer list was disappointment: where were the experiments with tequila and gin barrels that were my favorites from years past? Where were the ‘funkified’ versions of the standard lineup or Icon series? Where was at least a taste of the barrel-aged versions of DR16 that I haven’t been able to quit thinking about since February?

These questions and any disappointment quickly faded away as I began to experience the depth of flavor on offer with the beers. Below are a few of my thoughts on the the beers I thought were real highlights:

I love Boiler Room, and it was perfect for my palate as a ‘break’ beer between tasting of the other variants. The raspberry syrup was awesome — just a small splash (maybe half an ounce) in my full 4oz pour was more than enough to give a slightly sweet and fruity bite against the bready tartness of the base beer.

Full disclosure – I am a barleywine fanatic and have been in love with this specific beer since release two years ago, but in my my own experience aging barleywines over many years, there are times when the beers go through down periods where the flavors break up a bit, only to return to form in future years. In my opinion 20th Anniversary is in one of those down cycles. The base beer is good right now — the caramel flavors strong and pushing through the heat — but I don’t think it’s drinking quite as well as it was last year. The barrel variants (cognac and bourbon/BB10) suffered the same fate. Good, not great. I firmly believe it will return to form with a little more time, and hope to have it again next year.

This beer, the only Divine Reserve brew to make a repeat appearance (it was originally brewed as Divine Reserve 5 way back in 2007), is aging and tasting incredible. What I personally love about this beer is the chocolate note — it’s so rich, almost sweet, and I don’t notice any of the (10%) alcohol. The Woodford Reserve aged version of this beer is BB8, and it was an absolute star. It stitches the strong vanilla and stout oak notes into the already classic base beer. It’s good. VERY good.

I thought BB8 was going to be my standout winner of the event — and then I started into the quadrupel variants. I wasn’t a fan of this beer on release. Man, was I wrong. The base beer is full of nuance. A real sipper — the fruity esters typical from the Belgian abbey ale yeast play around with the big full malt backbone in different ways as it warms. This beer is now as good if not better than my personal icons of this style, St. Bernardus Abt 12 and Rochefort 10, and I think it can still get better given how excellent the barrel variants were. As with BB8, the bourbon barrel again added vanilla and just enough tannic oak to this great tapestry of flavors. Virgin Monk, the bourbon barrel aged variant with cherries added, layered in a slightly astringent sweetness of tart cherry to this symphony of flavors. Just wow! However, as great as all these barrel versions were, it was the cask conditioned base beer that was my overall favorite. The delicate carbonation enhanced through the beer engine faucet (with a sparkler) added an incredible creaminess that I just couldn’t get enough of.

All in all, the experience of going deep into aged variants of the same beers was incredibly fun and a testament to how rich and interesting Saint Arnold’s cellar program has become. I can’t wait until next year!

I love you, Yellow Rose, but we need to talk [Lone Pint to bottle date Yellow Rose!]