Every year, Sierra Nevada Brewing invites multiple breweries to brainstorm and develop new recipes for a series of (typically) one-off brews for their Beer Camp series. The series seeks to showcase new collaborations with different breweries, and is essentially a meeting of minds; where great craft breweries come together to either develop new and exciting recipes, or offer their take on traditional ones by combining the skills, experience, and creativity of all involved. It is an exciting collective foray; often a mix of the known and unknown for all breweries involved.

This year’s list of collaborators is an exciting who’s-who of both American craft breweries and international standouts. It has garnered a lot of attention from the greater beer community, especially here locally in Houston. Among those selected, Houston’s own Saint Arnold Brewing was invited to participate for the first time; a great honor for a brewery that, like many others, was heavily influenced by the groundbreaking work of Sierra Nevada. 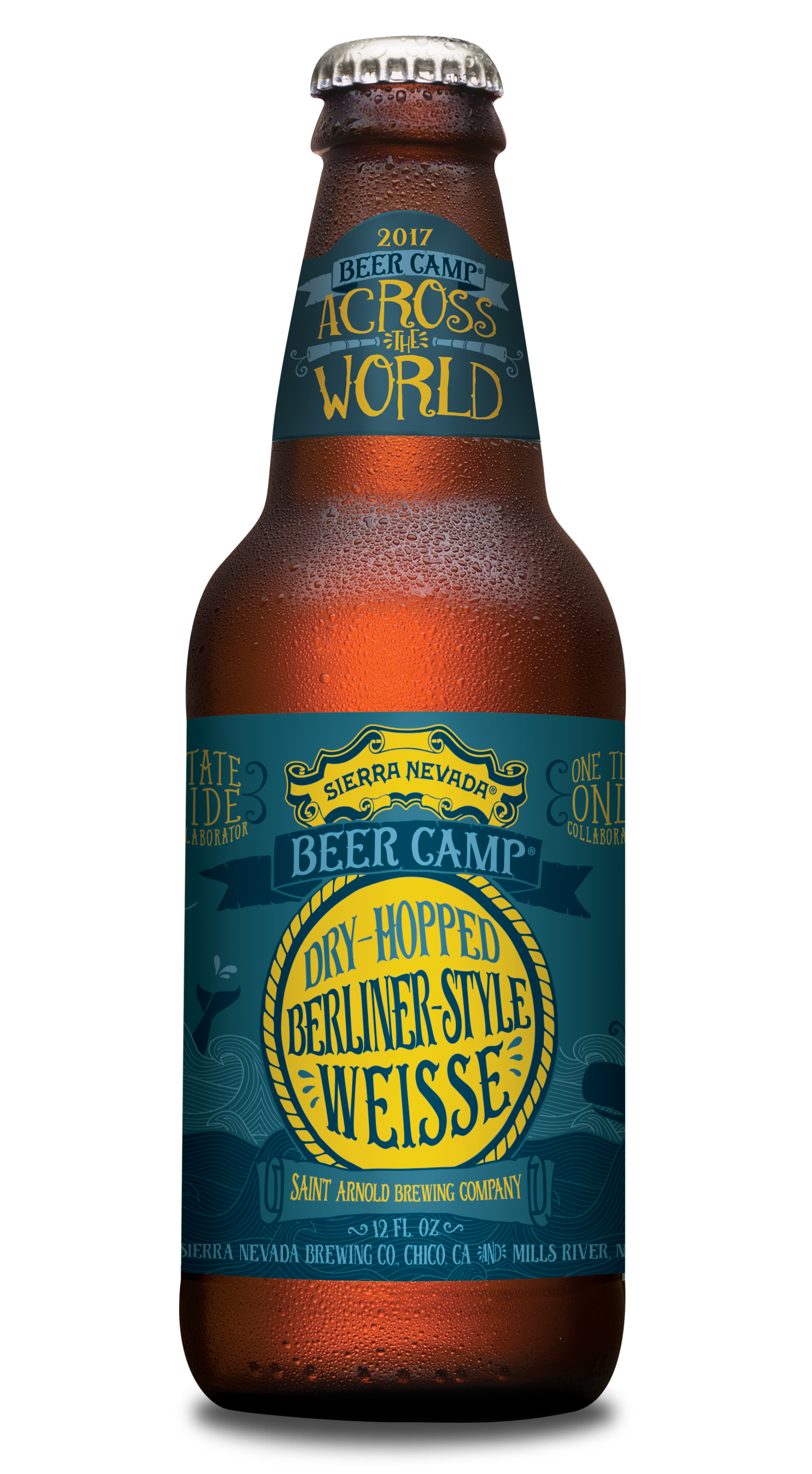 The beer that Saint Arnold and Sierra Nevada ultimately decided on is a dry-hopped Berliner Weisse. The base Berliner style is nothing new to Saint Arnold, as they have been brewing one in Boiler Room (now with the addition of raspberries, reinvented as Raspberry AF) for a few years. But a dry-hopped version is a unique twist on this lightly tart, refreshing wheat beer. When discussing the decision process involved, Saint Arnold brewing operations manager Stephen Rawlings had this to say:

“When we first got the call to do Beer Camp, we went through a lot of discussions trying to decide what beer we wanted to brew and we asked ourselves a lot of questions: ‘What kind of beer exemplifies Saint Arnold?’, ‘How can we combine the best parts of Saint Arnold with the best parts of Sierra Nevada?’, ‘How can we really stand out in this 12-pack that includes many of the best breweries in the world?’ We ultimately decided on the Berliner Weisse because, despite being a traditional style, it can be a technically challenging beer to brew and we have always prided ourselves on being able to execute any brew (as does Sierra Nevada).”

Stephen went on to describe the brewing process and how they worked to achieve the best combination of the two breweries:

“…we decided on using the Kellerweis yeast with their open fermenters to really blow out the hefe flavor. To really put that Sierra stamp on this beer we knew we had to dry-hop this beer with the Torpedo (a specially designed perforated cylinder for dry-hopping Sierra Nevada beers). Amarillo was the most logical choice from both an aroma and Texas standpoint.”

The unfortunate reality with the beers created and produced in Beer Camp is that aside from a few select options, most will only exist this one time. I asked Saint Arnold about any possible plans to recreate the beer or something similar at some point in the future. Stephen had this to say:

“We will probably let this beer have its life and that may be the end of it. This whole process has certainly gotten plenty of wheels turning, so I wouldn’t be surprised to see something in the same vein at some point down the road.”

When asked about the general takeaways regarding the entire process, and what it was like to work on such a special project, Saint Arnold founder and owner Brock Wagner had this to say:

“Sierra Nevada Pale Ale was an influence on the recipe of our Amber Ale, so we all felt truly honored to be able to be a part of Beer Camp Across the World. When Sierra first asked if we wanted to be a part of this collaboration, the only answer was ‘YES!’  We would have been crazy not to do it. Getting an up-close look at everything Sierra does is an inspiration, and take-away for any brewery regardless of size or age.”

Beer Camp boxes are available right now and cost around $25. For a full list of this year’s breweries and beers, click here: http://www.beercamp.sierranevada.com/beers/

NOLA Brewing to Launch in Houston