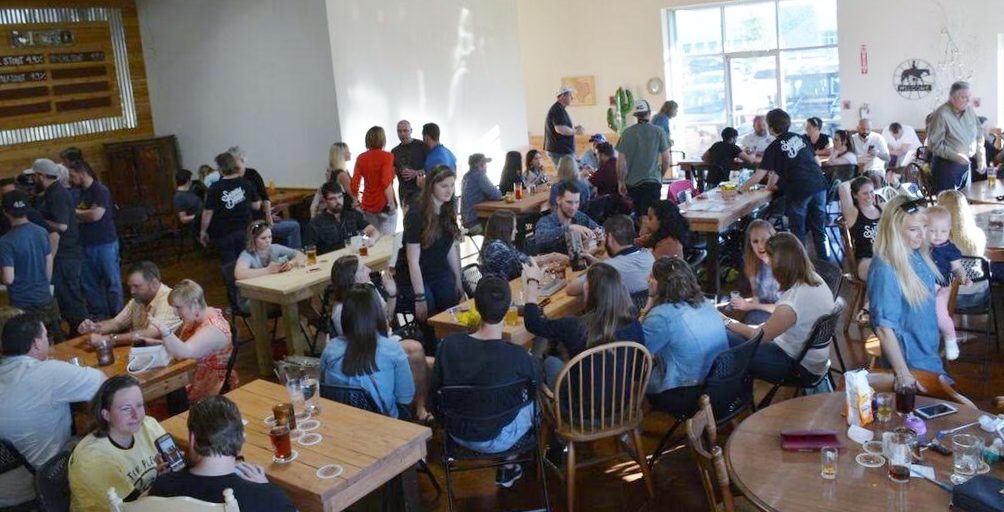 The West Coast vibe of Saloon Door Brewery isn’t obvious when you walk through the doors: cedar planks cover the lower half of the walls, vintage chairs surround the tables, and even the name evokes a distinctly Texas feel. But when you talk to the crew responsible for the idea and execution of getting this new brewery up and running, you begin to see how Saloon Door drew inspiration from some of the breweries of Southern California. 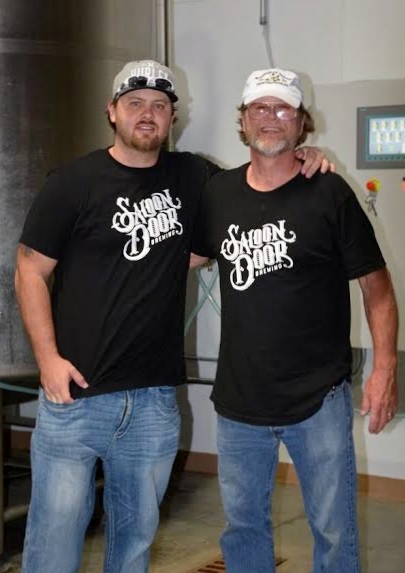 Owner Jason Graham previously worked at a baseball instructional facility in Vista, CA. It is 60 feet and 6 inches from the pitcher’s mound to home plate, and it didn’t take long for Jason to discover that Mother Earth Brewing Co. was just a few feet further from the facility than that. Parents would drop off their children to play baseball, then head to Mother Earth to pass the time, relaxing and enjoying a beer. Mother Earth’s sessionable beer and sense of community led Jason and his brother-in-law Josh, a homebrewer back in Texas, to wonder why something similar couldn’t be done near Jason’s hometown of Galveston. So they got to work infusing the SoCal vibe with Texas hospitality in order to execute their game plan: creating a community brewery with creative yet approachable beers.

After six months of looking for locations, the Saloon Door crew–a group of four after the addition of Jeff Graham and Austin Webber–found their future home right off the NASA Bypass on I-45 South. This bypass sees a high volume of traffic every day, and they felt it was the perfect location to lure in the road-weary locals and provide a place to hang out and blow off some steam. The family-friendly, relaxed atmosphere of the rustic taproom is the perfect place to unwind after a stressful day of work and I-45 traffic.

Their current line-up, brewed on a 10 barrel system, is full of 5-7% beers which invite drinkers to sit and stay awhile. With the vanilla cream ale, their creativity shines by adding a unique twist to a sessionable classic. On the other end of the spectrum, their peanut butter stout hits all the right notes for a full-bodied dessert beer, even at 5%.

Saloon Door will be open this weekend for their second soft opening, and if you make it out to the tasting room you will be one of the first people to try their anxiously awaited IPA. You can also look forward to catered food pairings including their milk stout paired with baked beans and a pulled pork sandwich.

If you can’t make it to the soft opening, mark your calendars for the weekend of April 29-May 1 when Saloon Door holds their Grand Opening party. This community focused brewery is just what the area needs, and if they live up to their West Coast inspirations it will surely be one that the entire city of Houston can be proud of.

Check them out on social media: 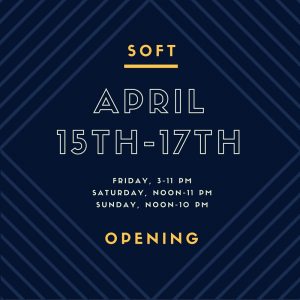 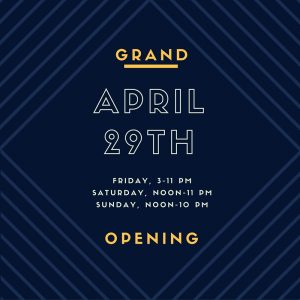 ABOUT THE AUTHOR Jeff Fountain