SpindleTap Nails it With Houston Haze 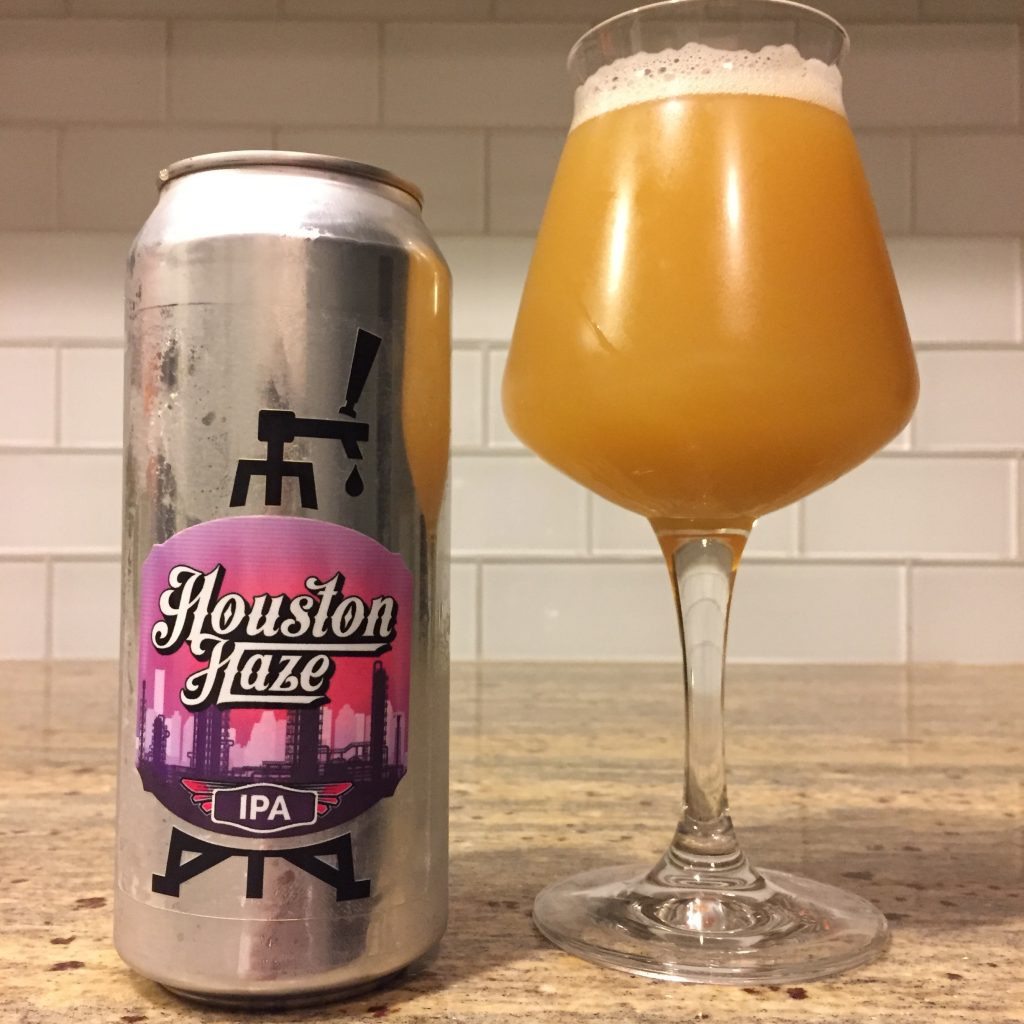 When I wrote “Who will be Houston’s Tree House or Trillium?”, I figured we’d see some breweries gradually approach the style and brew some reasonable attempts, but that it would take some time before we saw a true player on the hazy AF juice front. SpindleTap said “f%7* all that noise” and is on the cusp of releasing the most flavorful and true-to-style local NEIPA I’ve had yet. I really enjoyed B-52’s Wheez the Juice, and hope to see its continued production, and Whole Foods Market Brewing Co. also delivered a very tasty IPA last week called NEAF. But SpindleTap’s Houston Haze has thrown down the gauntlet and set a new local standard.

Bursting with orange and grapefruit flavor from heaping amounts of Citra, and pineapple, mango and other tropical fruit notes from Galaxy, Houston Haze is a 6.5% double-dry-hopped delight. It’s close to a textbook example of the kinds of beers I’ve been hoping to see brewed in Houston and that prompted me to write the original essay. It’s also the first of the local stabs at the style that I’ve consumed to truly nail the mouthfeel — one of, if not the most critical component of NEIPA. Houston Haze features a soft, full-bodied creaminess with just the right amount of astringency. The body helps amplify the beer’s character while serving as a canvas for the flavor complexity, a result of the interplay of the heavy post-boil hop load and the London Ale III yeast strain.

And perhaps the most important signifier for me when drinking NEIPA is that, when done right, it lingers on the tongue long after the last sip, coating the palate in lupulin love and making it nigh-impossible to not go back for more. Houston Haze absolutely does this.

Recognizing the fragility and best-consumed-fresh nature of NEIPAs, SpindleTap is only selling Houston Haze at the brewery (10622 Hirsch Rd, Houston, TX 77016). Sales begin Friday, March 17, at 10 a.m. SpindleTap only canned 80 cases, and there is a two (2) four-pack-per-person limit. Four-packs are $16. And, in case you miss out this go-round, they’re already planning to brew it again next week. Happy hunting!

Ingenious Brewing Is Poised to Fill a Hoppy Void in Houston