When the Allen brothers named this city after the foremost Texas hero, they fated that Houston would be a city with a “personality” as big as his. So it should come as no surprise the big Texas spirit and big Texas taste is present in Houston’s beer scene. To celebrate beverages that would make The First President (Sam Houston, of course) himself proud, we are thrilled to ask each month, “what are HOU drinking?”

I couldn’t start this series and not pick the beer that’s always in my fridge. It leans into the piney West Coast IPA style with an apricot and orange undertone. It has a gorgeous deep gold color, but most of the time I just drink it straight from the can. It’s been a such solid and consistent option since it was released that it’s a no-brainer pick at the grocery store when I find it reasonably fresh. 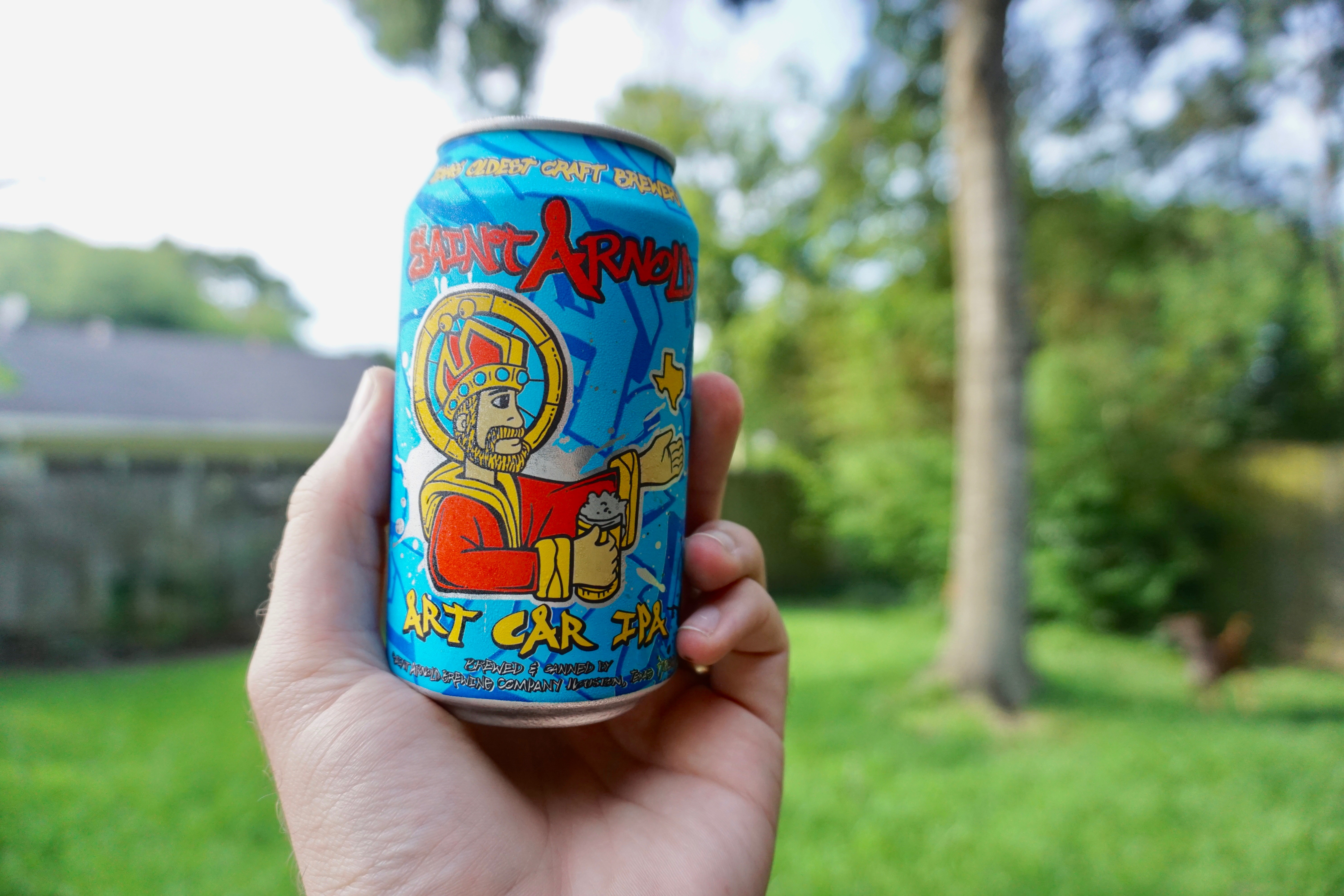 My knee-jerk reaction was definitely Houston Haze from Spindletap, but that seems too easy. That’s an amazing brew, but it’s been showered with praise so much at this point that it feels uninspired to have that as my choice.

So with that being said, I have to go with ‘Hooked Paw’ from City Acre Brewing Co. as my favorite beer for the month of June!

‘Hooked Paw’ is billed as a coconut vanilla stout, and it certainly lives up to it! Pours a sublime dark brown with a luscious inch-thick head and a deliciously coconut-y nose. Tastes just as good as it looks and smells – I’m not sure if it’s the vanilla or the choice of grains used, but it makes for a very rich, earthy, and roasty brew. If they’ve still got it on tap, do yourself a favor and grab a pint!

Theo is a co-host of the “What’s Good, Houston?!” podcast. Episodes drop every Tuesday and feature an interview with a local guest, a little sports talk, local news, concerts/events, and plenty of laughs! Find it on iTunes, Soundcloud, or www.wghpodcast.com.

I’ve been mildly obsessed with this beer for the last two months. It’s intensely fruity, and the tropical/citrus notes hit you the moment you start pouring. It’s scary how quickly a crowler of Mini-Boss can disappear. 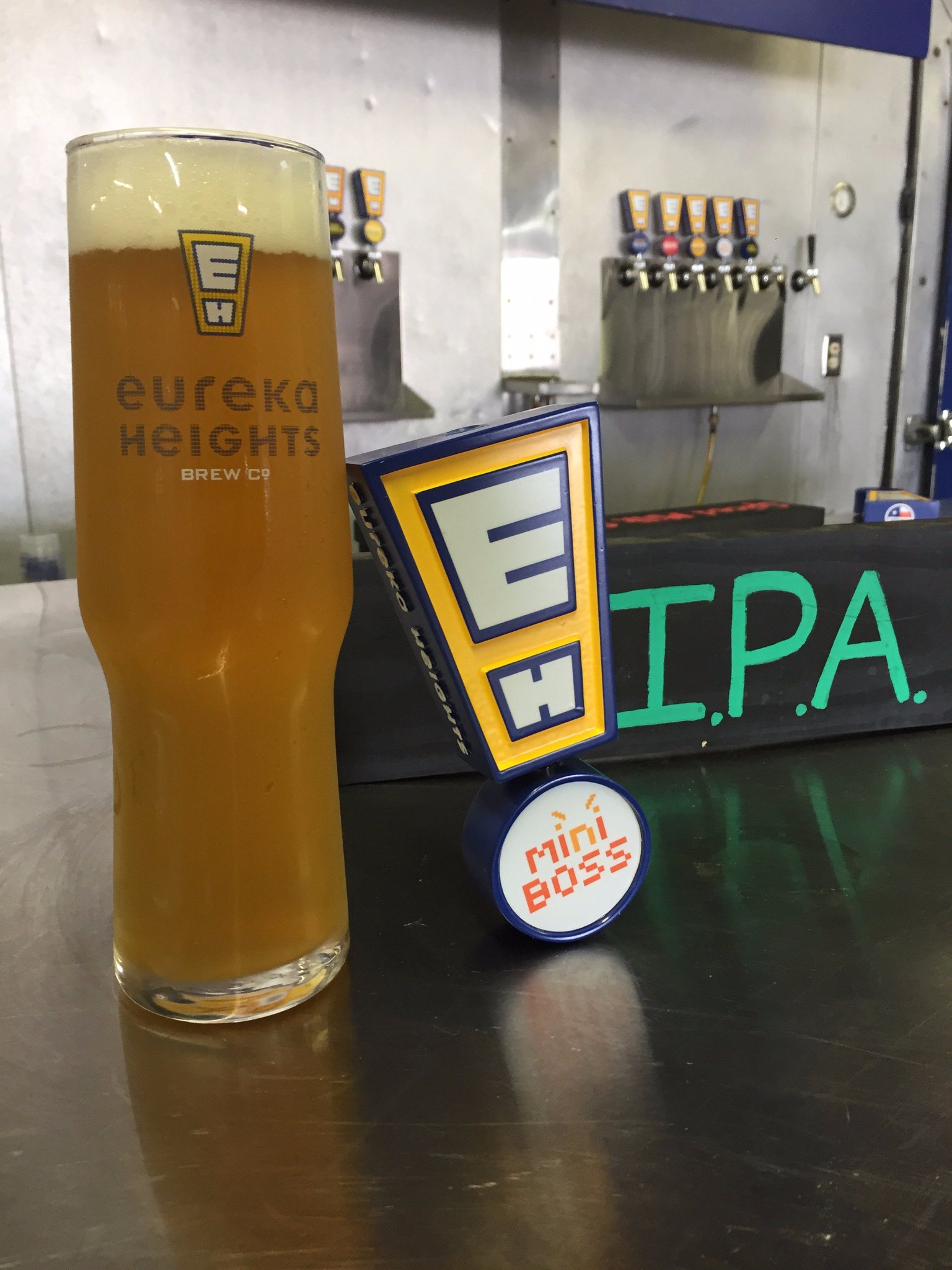 The mainstay in my house, what with it being June and all, is Saint Arnold’s Art Car IPA, though I know it’s hackneyed and trite. Wafting the glass gets you aromas of grapefruit and orange, with an under-lying biscuit. From the first sniff to the final swig, you’ll find a beautiful consistency between the aroma and flavor, which means you’ll find flavors of orange, citrus and biscuit, creating a light, crisp and refreshing summer brew.  Because of its accessibility (both in finding and drinking it) Art Car is my go-to brew for June.

Nick Willard (@thebrewstonian) is a Houston craft beer-lover and host of the segment #BrewstonTx on @thehpodcast – a podcast about the people and places that make Houston, Houston.

It’s true. While I was optimistic when Casey Motes left Saint Arnold and started this Shady Acres brewery, I was generally unimpressed with the first few offerings that came flowing from their fermenters. Mini Boss represents everything that’s changed about my opinions of Eureka Heights and their beers. A bright west coast orange, this seasonal IPA is chock full of Five Alive citrus aromas. That smell turns into flavor alongside the sticky, blueberry, floral greatness that is the signature of the hop-of-now-and-forever, Mosaic. It finishes clean and crisp, with a nice earthy crack on the back of the palate that belies that up-front crash of citrus. I literally can’t get enough. It’s amazing, and it’s seasonal, so go get some right now – and bring me a crowler too, if you please.

Say hello to your new favorite pale ale. Lame Duck has a light, smooth mouthfeel that hits you with flavors of lemon, and pine resin. Bready flavors balance out the hop profile in the best way. At 5.5% ABV, a few won’t leave you looking like the duck on the label. Find the cans at liquor and grocery stores all over Houston. Cheers!

Nick is a contributor to Beer Chronicle. Read his full review here: beerchronicle.com/11-below-lame-duck/

The Rye Barrel is strong on the nose, but doesn’t overwhelm the beer. It’s an oat wine, which to me tastes like a barley wine with a bit of oatmeal cookie coming in from the oats and Barrel. It’s not over the top with booze as this could have turned out to be, its only fault is that it is a bit thin. Pour one for dessert one night, you’ll be happy you did. 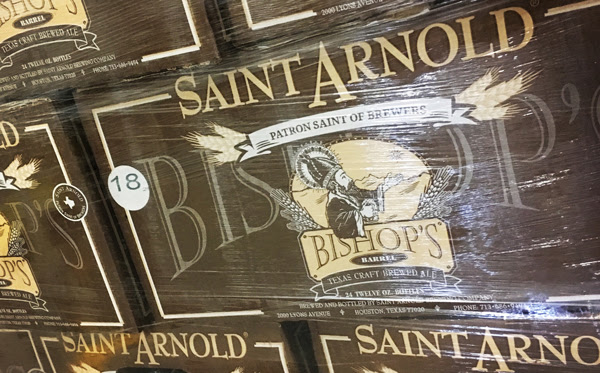 If you’re interested in contributing to next month’s roundup, whether you’re a beer maker, a beer writer, or just a beer drinker, send an email to info@houstonbeerguide.com to get the criteria.