Under new management, D&T Drive Inn on Enid near Cavalcade in north Houston has made a number of changes since an apparent ownership shift in early March.

After a 2017 filled with controversy for the Treadsack group, D&T remained as one of the three entities in the company’s portfolio, alongside Down House & Johnny’s Gold Brick. The closure of their Thai restaurant Foreign Correspondents (with attached Canard cocktail bar) on North Main was shortly followed by the shuttering of the Bernadines / Hunky Dory restaurant compound on Shepherd. In the wake of a spate of lawsuits and unflattering press reports about the turmoil swirling around the Treadsack group, many D&T fans were more than a little concerned for the future of the place. Fast forward a few months and D&T seemed to be staying the course, albeit with a great deal of staff turnover, including the departure of general manager Amber Miller and her husband Jason Moore – who together had been standard bearers for the craft pedigree of the little icehouse since it opened in 2013. Regardless of the change it seemed as though D&T seemed to be holding on through the tempest, keeping its status as a bulwark of Houston craft beer and a neighborhood focused watering hole, but apparently a sale was in the works.

New ownership will keep D&T open, but changes are evident. Gone are the ‘pay it forward’ chalkboard, the daily selection of happy hour specials served in pints or Mason jars, the jukebox, the kitchen and even the original sign (replaced, sadly, by a new black and white logo). I noticed that the specialty bottle beer selection and beer engines were gone, although the staff told me they still had the cask service equipment and would use it as they needed it, and there’s a new list of cans and bottles. Set-ups are no longer listed on the menu, but the staff confirmed they are not pursuing a liquor license, so those might still be available. The frozen shandies also remain as a popular holdover from the old menu. 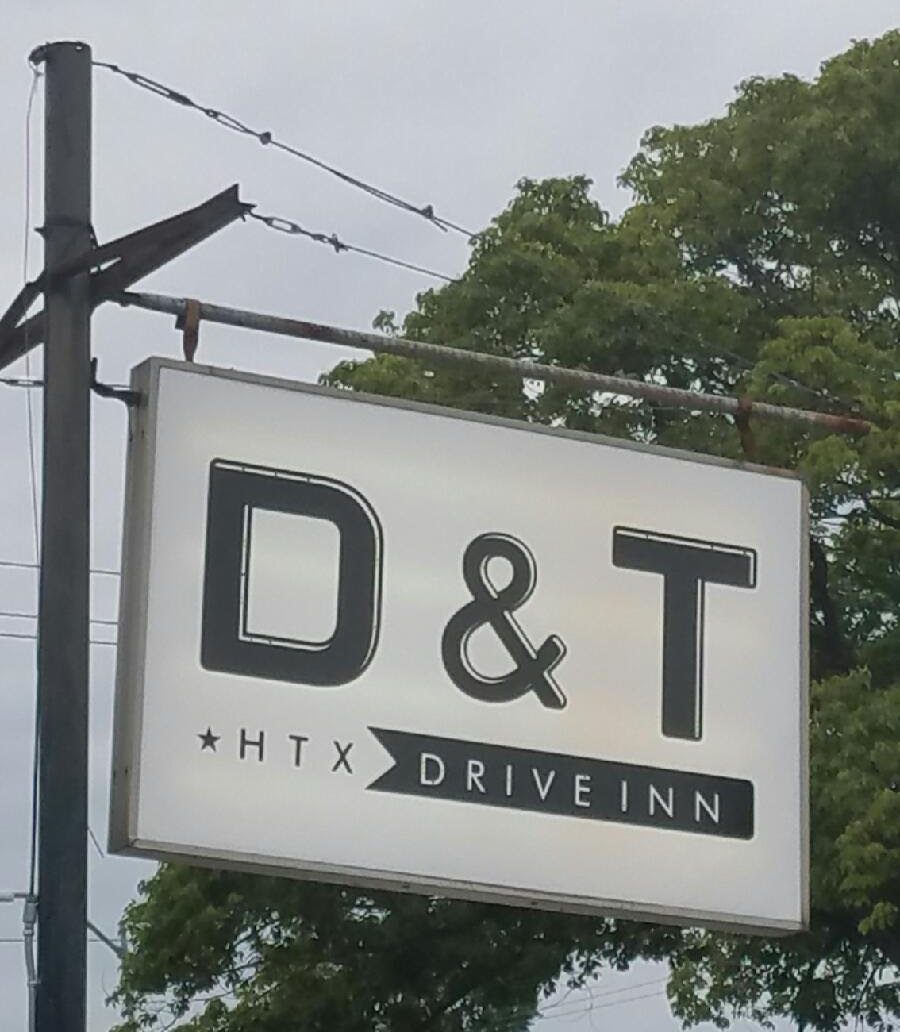 Arrived are a nearly complete staff turnover, a tap wall aiming at being 100% Texas beers, and a set of specials that feels aimed at being a neighborhood stopover type place, with industry night, big-ass beers and such. Weekday happy hour is every day, 2-7pm, and includes 22 oz pours of lower ABV/low IBU brews at pint prices. I had ‘big ass’ pours of Saint Arnold Orange Show and Southern Star Spring Pilsner in the ~6-7 dollar range.

HopDrop is using D&T as a source for delivery for the area, so there is a crowler machine behind the bar to meet those needs, but it didn’t seem like crowlers were an option for takeaway from the bar – just branded full size glass growlers.

The old D&T food menu is gone and the notoriously small kitchen is literally shuttered. For the time being they are hosting a Venezuelan arepas vendor on Thursdays and food trucks on other nights. They told me they aim to build out a full kitchen into a shipping container inside the back patio area, and aim to serve a more full-featured menu than the tiny space in place would allow. Additional plans include adding coffee service, and opening in the mornings as a coffee shop with breakfast from the to-be-built kitchen. They also plan a regular Sunday brunch.

Big changes in progress for one of the best craft beer bars in the city. Here’s hoping the careful tap wall curation that had come to define D&T can carry on in some fashion.