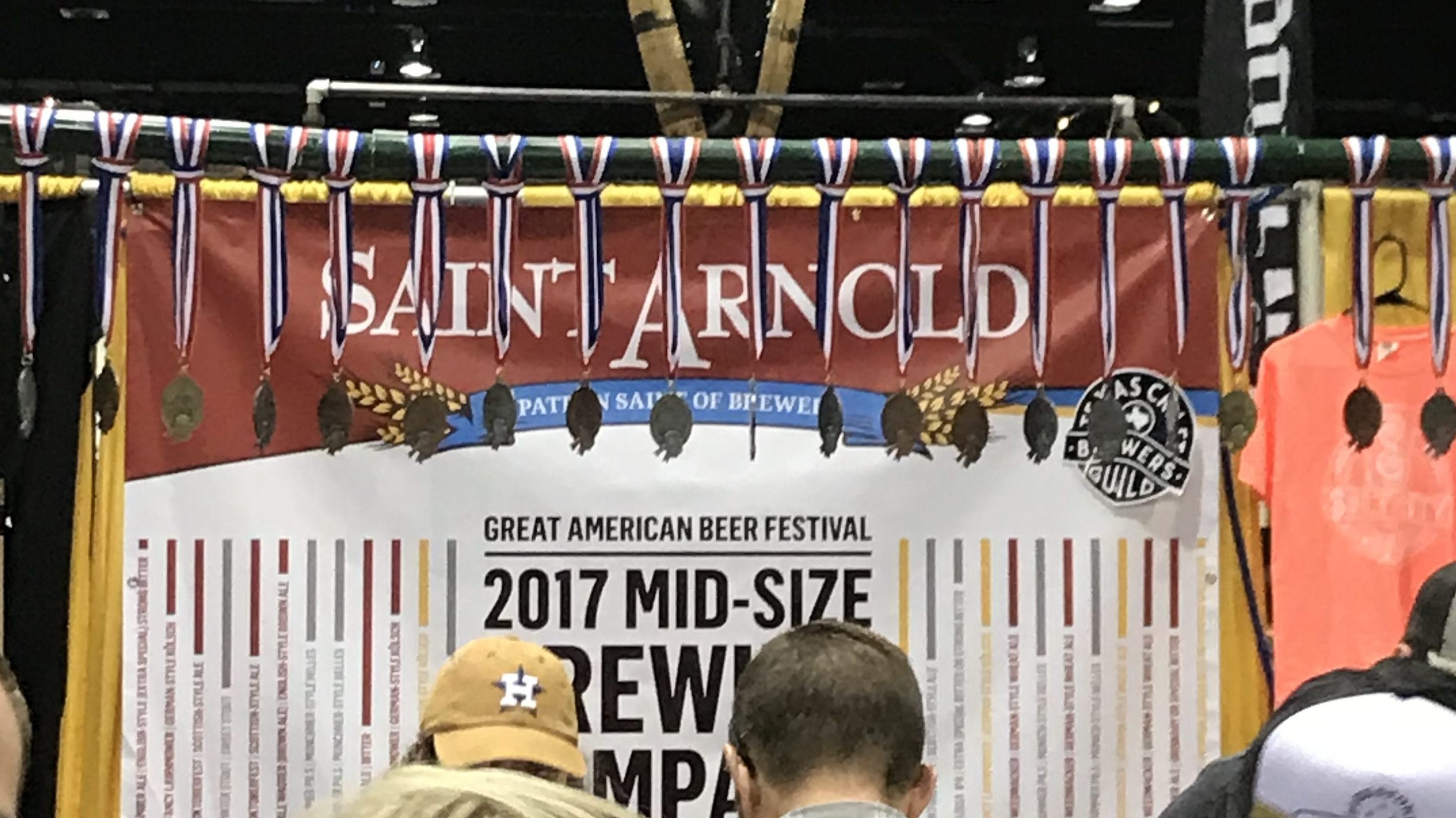 The Saint Arnold booth at the Great American Beer Festival in Denver, Colorado.

The Great American Beer Festival is the largest beer festival in the United States. 2,404 breweries entered beers into the competition portion, and 8,864 beers were judged. Outside of the competition, the entire Colorado Convention Center is filled with hundreds of breweries pouring thousands of beers. As a first time attendee, it was a bit overwhelming with the quantity involved. The balance between the hype breweries like Bottle Logic and Weldwerks that required waiting in line, versus many of the small breweries that may be a highlight waiting to happen made decisions difficult. The buzz about certain beers made their way around the convention center like a middle school hallway. It was exciting and exhausting all at the same time. 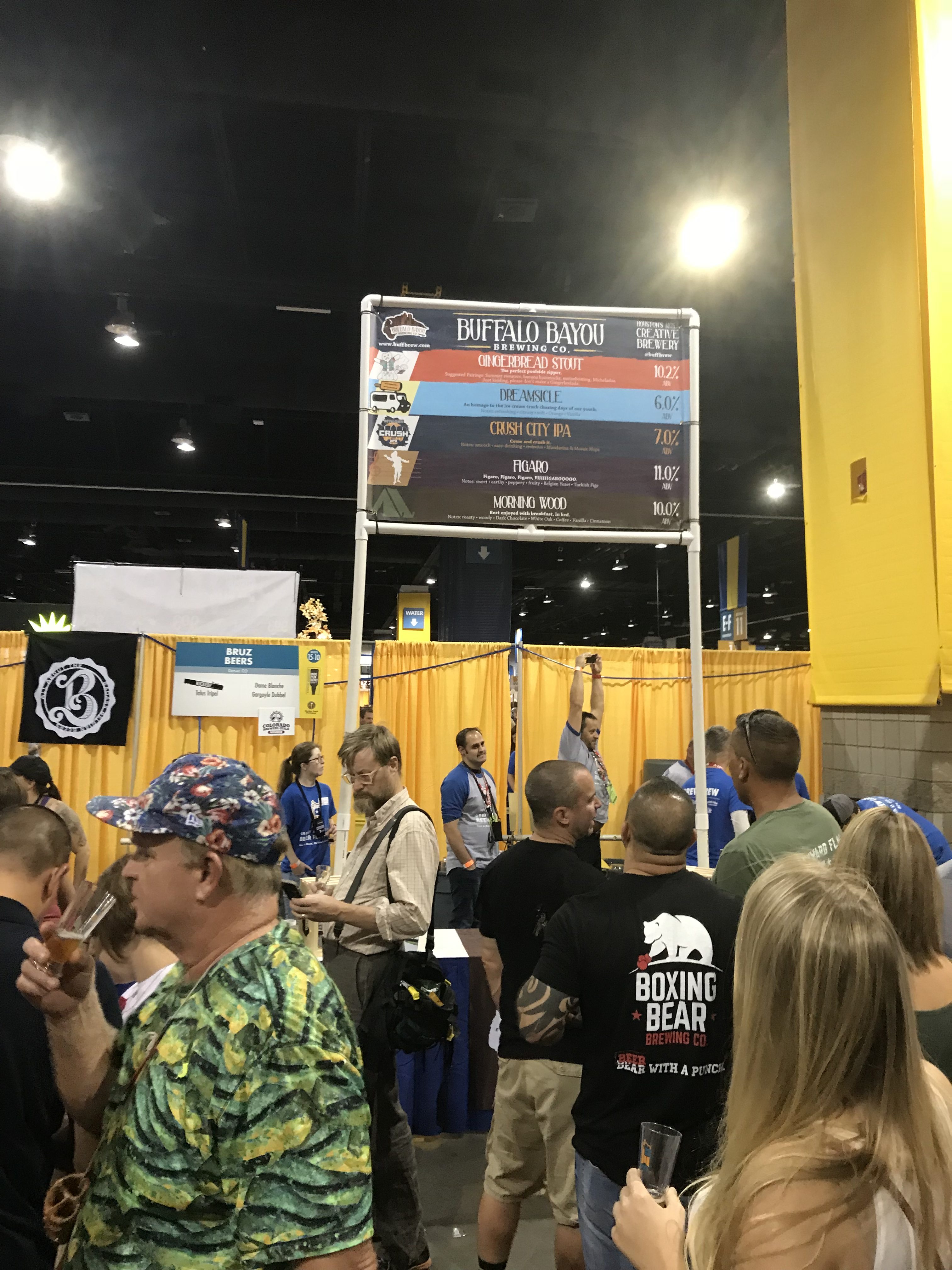 The Buffalo Bayou booth at the Great American Beer Festival in Denver, Colorado.

Since this is Houston Beer Guide, let’s talk about Houston. Houston was represented well on the serving floor. Buffalo Bayou, Saint Arnold, BAKFISH, and Texas Leaguer all had booths. 8th Wonder had a booth in the heavily advertised Jameson Caskmates Barrel-Aged Beer Garden, where Rocket Fuel took on the Jameson barrel. For the Houston booths, it was a highlight. I’m not the biggest fan of Jameson in general, but I felt Rocket Fuel was one of the few beers in the area that could handle it and meld well. Many of the other Jameson collaborations by some very big named breweries were overwhelmed by the barrel. The Jameson based Rocket Fuel will be appearing around Houston in the not too distant future, so be on the lookout.

After last year’s success, this was a rather quiet year for Houston at the festival. (Last year Houston area breweries brought home 6 medals and Saint Arnold won Mid-Size Brewing Company of the Year.) Austin won more than half of the 18 Texas-based awards, including multiple wins for the Austin Beer Garden Brewery, but the Houston area took home only two awards. Saint Arnold was the honorary of both medals, taking home a bronze in the Ordinary or Special Bitter category for their Amber Ale followed closely in the awards by a silver for Oktoberfest in the Scottish Style Ale category. This brings the Saint Arnold total medal count to 26 all time, a record for a brewery in the south. This would normally be the point in the article where I would have tasting notes for both of the winning beers, but if you’re reading this article there’s a 99% chance you’ve had these beers. If you haven’t, a trip to your local grocer or liquor store is in order, they’re in the cooler and both solid offerings. 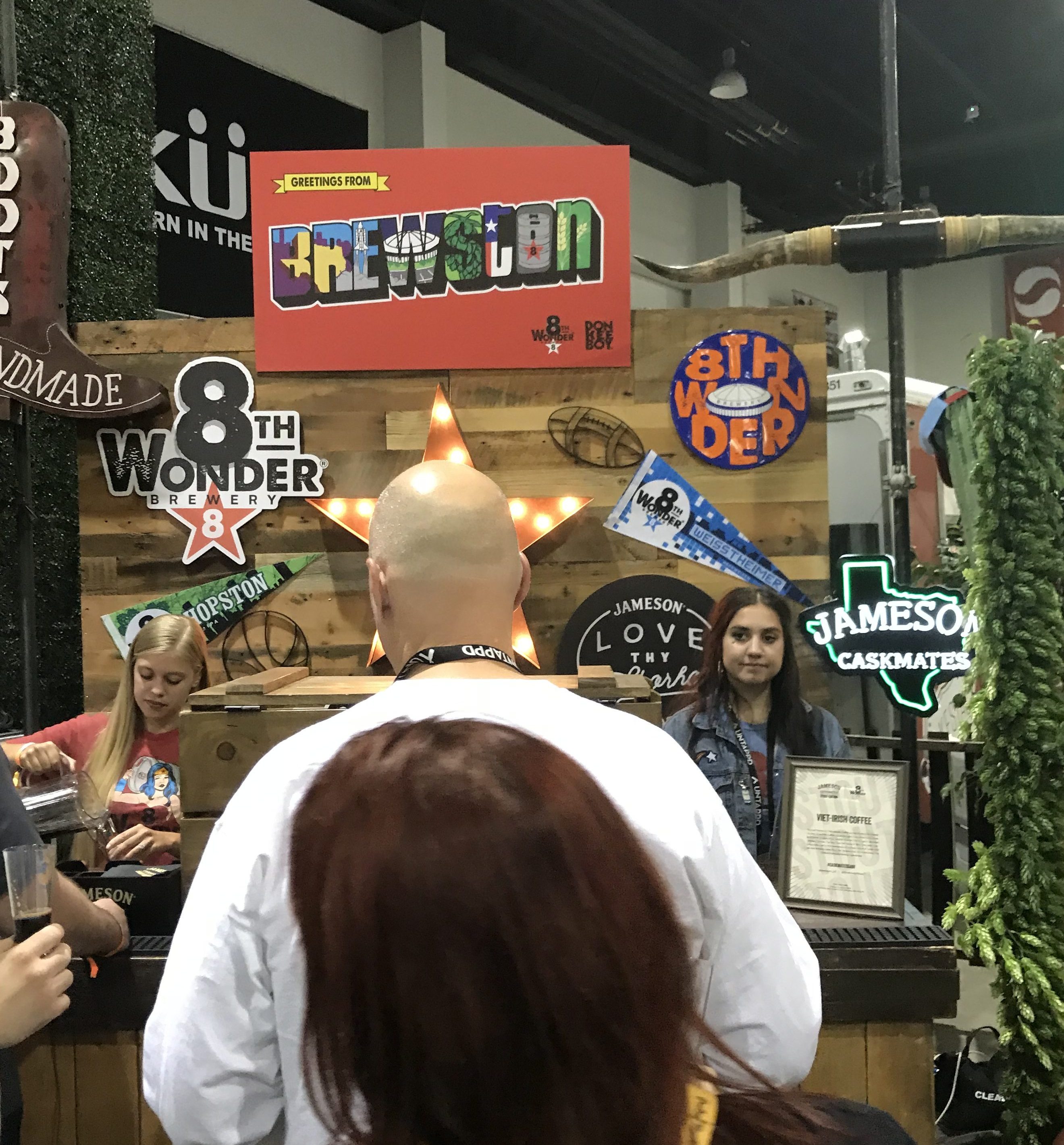 What should we take home from such a small amount of awards for the Houston area? Not much in my personal opinion. Breweries can only enter in 4 beers. The beers that won awards for Houston last year may not have been entered this year at all. We’re still making our way up on the best American markets, but that climb is happening regardless of medals. As long as more breweries continue to push the envelope, and most importantly make good beers, Houston’s name will continue to grow. More medals and awards are on the way for Houston as long as drinkers demand great products. Keep drinking and demanding great beer Houston. 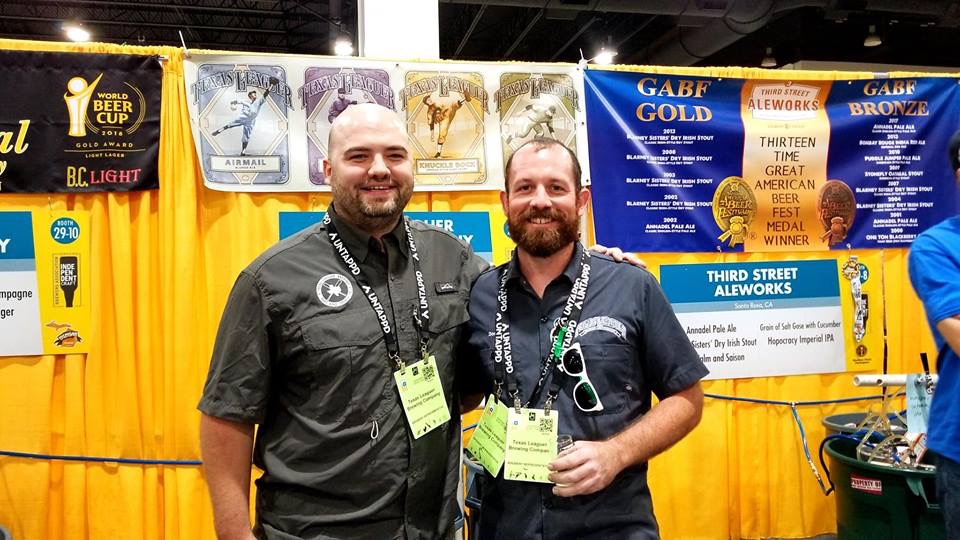