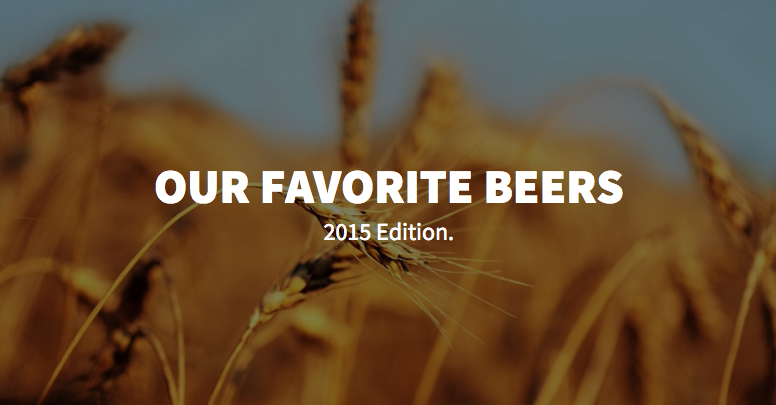 We asked our writers to send in a few sentences about their favorite beers of the year. We asked them for a favorite local beer and a favorite out-of-town beer. Some of these have been around for years and some aren’t available in Houston. This isn’t meant to be a “best of 2015” article; it’s just us talking about the beers we like. Hopefully if you get to try these you’ll like them as much as we have.

What were your favorite beers of the year? Let us know on Twitter @HoustonBeer or on Facebook at Houston Beer Guide 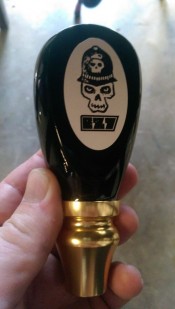 Brash EZ-7 – The long anticipated homecoming of Brash Brewing brought with it a slew of new beers, and EZ-7 was my favorite of the bunch. A pale ale with a bite, this beer satisfies both the hop-head in me and my desire to drink for hours on end. I hope to see this in cans in the coming year. 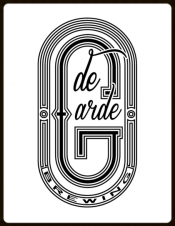 de Garde Petit Desay – If you have an idealized version of a farmhouse ale in your head and you’re spinning your wheels looking for it, look no further. Subtly tart, perfectly effervescent, and wonderfully dry; at 5% ABV, this is my ideal beer to ring in the New Year. 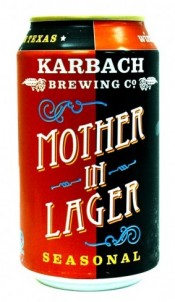 Karbach Mother in Lager – I know this wasn’t a new release for 2015, but somehow this was the first year I tried it. If it weren’t a seasonal beer, this dark lager would have a place in my fridge year-round. It is full of roast and biscuit flavors that give way to a light body and crisp German hops. That balance would make it a great year-round offering. Hopefully someone from Karbach is reading this. 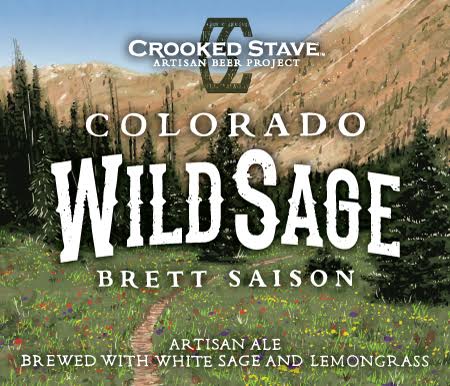 Crooked Stave Wild Sage – My wife and I took the dream trip to Denver this year for the Great American Beer Festival. During that week, we tried more beers than we could count (don’t worry, the tasting glasses are only 2 ounces). Wild Sage was my favorite beer of the trip. The mix of brett beer and sage create a wonderful display of floral, earthy, and herbal flavors in a way that makes me feel like I’m discovering something lost in time. 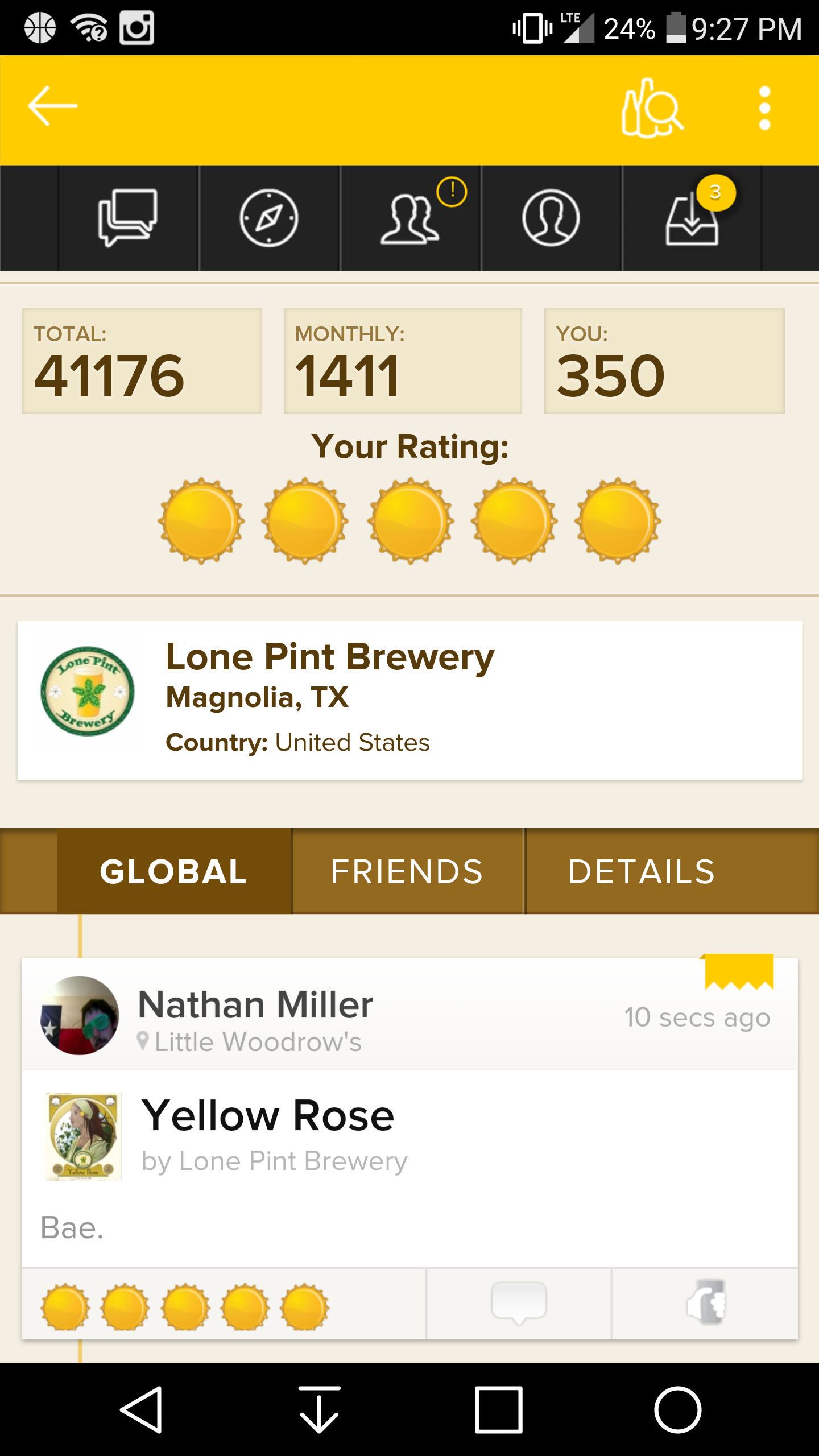 My favorite Houston beer remains Fort Bend Texas Lightning. They may have closed back in February but the age on this flavorful IPA just adds to its wonderfulness. Balanced flavors of cardboard, stale grain, and oxidation contribute to a marvelous beverage. AHAHAHA just kidding. See attached picture. 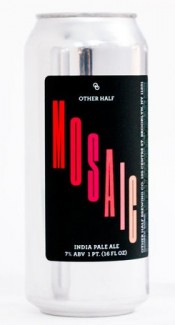 Photo: Other Half Brewing Co.

This year I’ve been fortunate enough to try a lot of beers and picking a favorite from outside Houston is hard even if I limit it to 2015, but I think I’ll go with Mosaic from Brooklyn’s Other Half. It’s no secret mosaic is my favorite hop, and this showcases it *almost* as well as Yellow Rose.

Saint Arnold Bishop’s Barrel 12 – The first truly great barrel-aged beer from Houston. Funky, dry, vinous, tart and fruity. Way more interesting, complex and delicious than its forebears BB2 & BB2B. If this is an eye into the future of BA beers from Saint Arnold, then hold onto your butts. 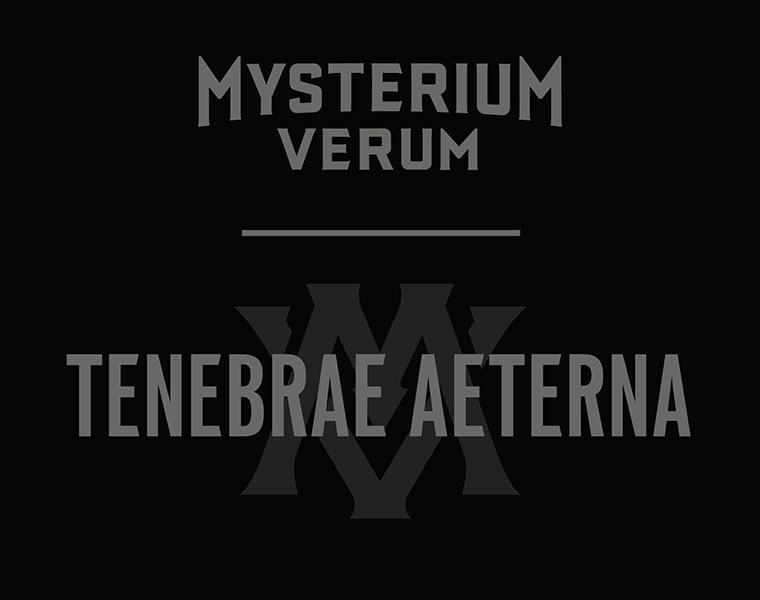 Real Ale Tenebrae Aeterna – A standout among all the other great beers in RA’s Mysterium Verum series. “BA sour porter” doesn’t do it any sort of justice, although this is the beer that finally convinced me that sour porters/stouts can be greater than the sum of their parts. 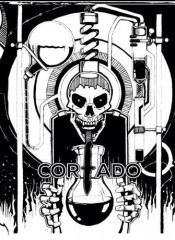 Brash Cortado – I think many of us will remember 2015 as the year Brash came to town and blew our minds with some amazing stouts and hoppy ales. I knew my favorite Houston beer this year would be a Brash brew, but which one? I chose Cortado because it is truly a world-class imperial coffee stout, on par with Dieu du Ciel PÃ©chÃ© Mortel and Evil Twin Imperial Biscotti Break. Congratulations, Brash, and welcome home! 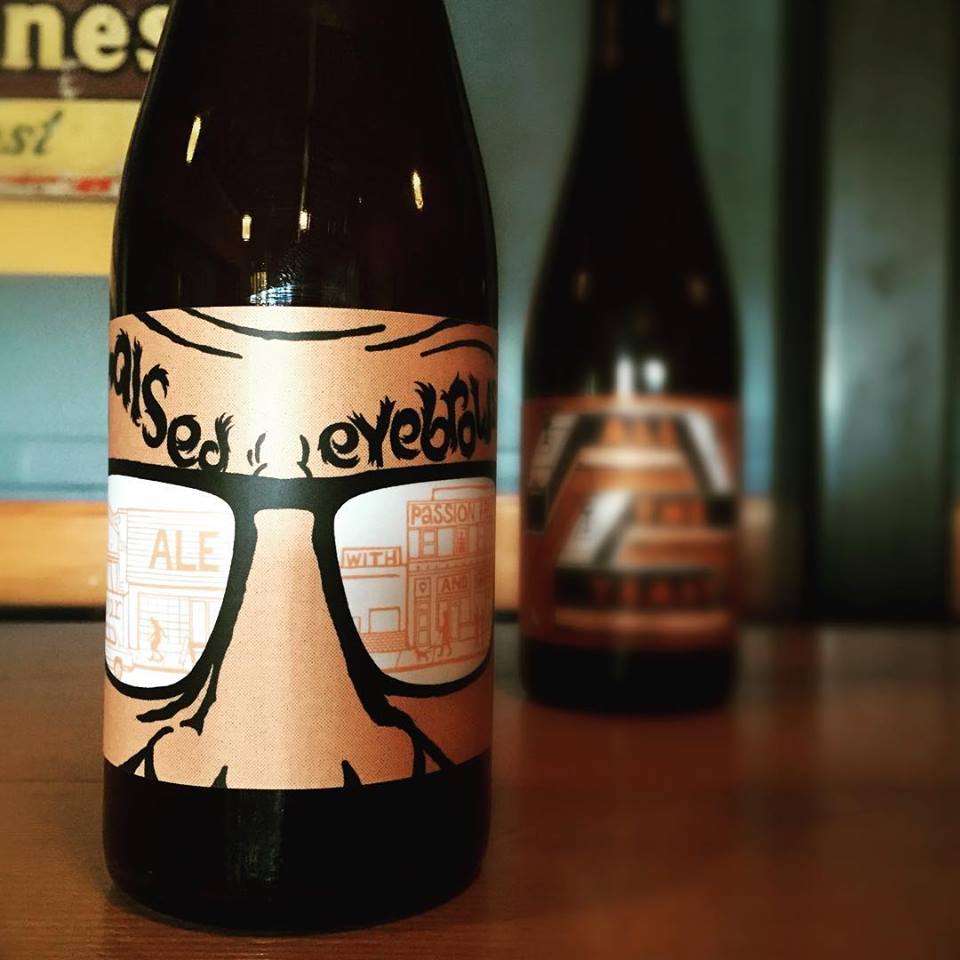 Highland Park Raised Eyebrows – A sour ale made with house-grown guavas and passionfruit, aged 30% in red wine barrels and 70% in stainless steel, and fermented with house-cultured lactobacillus, pediococcus and brettanomyces. This beer sounds odd and complex, but is incredibly well-balanced and quaffable. Juicy, tart and tropical, its perfect fusion of funk and fruit left me pleasantly surprised: raised eyebrows, indeed! 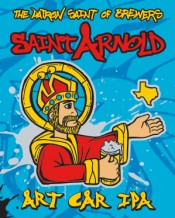 St. Arnold Art Car IPA –  This may be my favorite “traditional” beer they’ve ever released in the permanent lineup. Really. It’s incredibly approachable, even for the “I don’t like IPA” people you may know (and we all have one or two of those hanging around; don’t ask me why we keep them around). It’s citrusy and tropical, finishes clean thanks to the low malt bill, and is not terribly bitter. This one drinks like a session IPA to me. While this dog roamed, as a result of this fantastic IPA, he has found his way home, and Arnold and I are happy to announce that we will be renewing our vows. You can have your Yellow Rose, I’m having an Art Car or three.*
*But I’ll still be having a Yellow Rose as well. And an Uber. 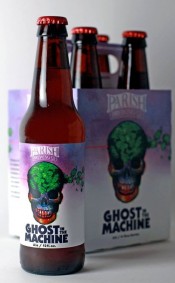 Parish Brewing Co. Ghost in the Machine DIPA –  Welcome to the party, Louisiana! Even if you don’t travel frequently, odds are that you’ll still cruise on over to our neighbor’s place to the east every now and again to satisfy your urge to commit some of the deadly sins, making this non-local-but-still-sort-of-almost-local from Lafayette pretty attainable. Find this crushable DIPA and find it now — people will call me a blasphemer, but I’ll say it and stand by it (and even Twitter fight you): this beer is every bit as good as a certain famous and not-as-attainable not-too-malty hop explosion DIPA from Vermont that you may have heard of (hint: rhymes with Bready Flopper). While it used to be a pretty limited release, things have changed, and word on the streetswamp is that it will be released monthly in 2016. I need more of this beer in my life. 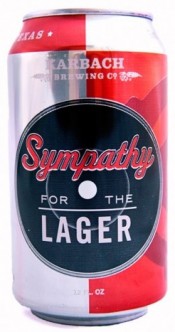 Karbach Sympathy For The Lager – Choosing my favorite Houston beer was very tough so I went with one that is a constant staple in my fridge. It’s a solid representation of the style, refreshing to drink in the Texas heat, and also tasty enough to keep beer enthusiasts interested. Nothing too fancy here — just a good beer.

Trappistes Rochefort 8 – I’m a sucker for Trappist-style beers; those crazy monks really know what they’re doing! This is truly a world-class beer that everyone should try at least once. It’ll hit you with a lot of rich fruity flavors and packs a punch over 9% ABV. The main conflict is the price; you’ll usually drop more for a single bottle than the average 6-pack, so make sure to enjoy every sip. 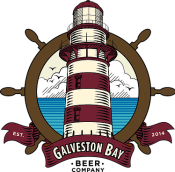 Galveston Bay Beer Company Gose – The GBBC Gose features a perfect balance of salt and coriander. The citrus flavor is refreshing on a warm Houston day. It finishes clean with a little pucker from the souring bacteria, making it pleasurable for even the sour skeptic. Originally a taproom-only brew, this beer’s popularity has exceeded expectations, and it will be their next full-scale brew (18 barrels). That will allow it to be commercially available soon after the new year. 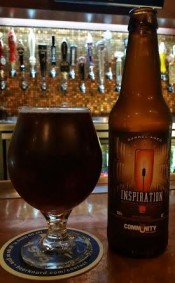 Community Beer Company Barrel-Aged Inspiration – This Dallas brewery executes the barrel-aged beer process flawlessly with their barrel-aged version of Inspiration. It’s a Belgian strong ale with complex flavors of dark fruit mixed with a vanilla finish that is balanced well with the oak. Ultimately, the whiskey barrel brings the bold fruit flavors to the forefront and allows the sweetness to be intensified, giving you a warming feeling upon the finish.

What were your favorite beers of the year? Let us know on Twitter @HoustonBeer or on Facebook at Houston Beer Guide