New Beer Cans and Bottles All Over Houston

Only a few years back, the only beer you could find packaged from Houston breweries was a handful of bottles able to fit into a small corner at a beer department. Today, cans, bottles, and even prepackaged growlers from Houston breweries provide enough options to fill entire aisles. I got a chance to catch up with three local breweries that have recently added to this growing trove. It’s an exciting measure of the growth of Houston beer to see more and more local options available at stores. 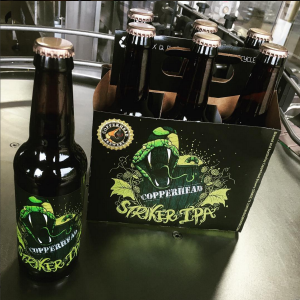 Late last year, I had the pleasure to visit Copperhead Brewing in Conroe, and was pleased to try five of their beers, two of which, Striker IPA & Copperhead White, are now being bottled. They join Medusa, a Belgian Dark Strong, as Copperhead’s initial distribution bottles. I’m particularly pleased that the White was chosen as one of the three, as I found it to be rather refreshing, and it will serve as a great beer for Houston’s somehow-still-present summer. Copperhead doesn’t intend to stop with these three: already, Copperhead Red was a brewery-only bottle release, and Kangaroo Killer (previously named Yellow Tail Pale) is coming soon. In addition, I’ve been told that a brewery-only bottle release for King of Terrors, a 15% imperial stout aged on coffee, cocoa nibs, and vanilla beans, is hopefully in the works. And of course, as before, Copperhead still remains one of the handful of Houston-area breweries where you can take crowlers home. I look forward to seeing more Copperhead in beer departments soon.

The excitement in the beer community these days is cans, cans, cans, and Braman Brewery is jumping right into the mix with their first cans, packaged just last week, for all five of their Running Walker beers. Their IPA, Kolsch, Pilsner, Stout, and Texas Secession cans will join an increasing number of aluminum options. Braman went all out on design for these cans, enlisting the help of branding firm Hawkeye Communications. Right now the cans are being produced on a mobile canning line, with plans to eventually purchase a canning line for the brewery. 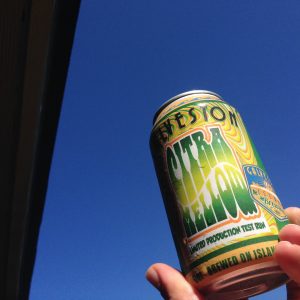 It’s no secret that I love Galveston Island Brewing’s Citra Mellow. It’s a truly excellent beer, and in my opinion, easily slots into the top beers in Houston. So imagine my excitement at learning that it will join Tiki Wheat as Galveston’s first canned offerings. Both will be available in 12 ounce six-packs, at first brewery-only, but very soon to see distribution. There are also plans for the Balinese smoked imperial porter to join the cans soon. Canning is being done via Armadillo Mobile Canning, an Austin-based mobile canning solution. Cans were designed by GI’s owner, and, as shown, are quite attractive.

Hope is Brewing at Saint Arnold