Well, 2016 certainly was interesting, wasn’t it? Jose started the year off by telling you to stop aging beer, we hosted a Houston Beer themed March Madness bracket and a bot almost ruined it, Lone Pint (FINALLY) started dating bottles of Yellow Rose, Saint Arnold turned 22, Whole Foods sold beer for $2, and Karbach sold to AB-InBev (and breaking that news crashed our site). The greater Houston area gained something like a dozen breweries and several new beer bars. Of those, we were lucky enough to cover Back Pew, Saloon Door, BAKFISH, Running Walker, City Acre, Under the Radar, Eureka Heights, and Holler, as well as Conservatory  and Beers Looking At You.

We would love to hear your favorite beers of the year. Let us know on Twitter @HoustonBeer or on Facebook at Houston Beer Guide

Editors Note: Saint Arnold’s 5 o’Clock Pils made several lists, which shouldn’t be a surprise if you’ve tried it. It also won our blind tasting challenge of 9 Texas Pilsners.

Overall, 2016 was an incredible year for me, beer-wise. I hit my 10,000th unique check-in on Untappd, I traveled to several festivals, I drank over 3500 beers, at least 2700 of which were new to me. So choosing my favorites is hard, but a worthy task: 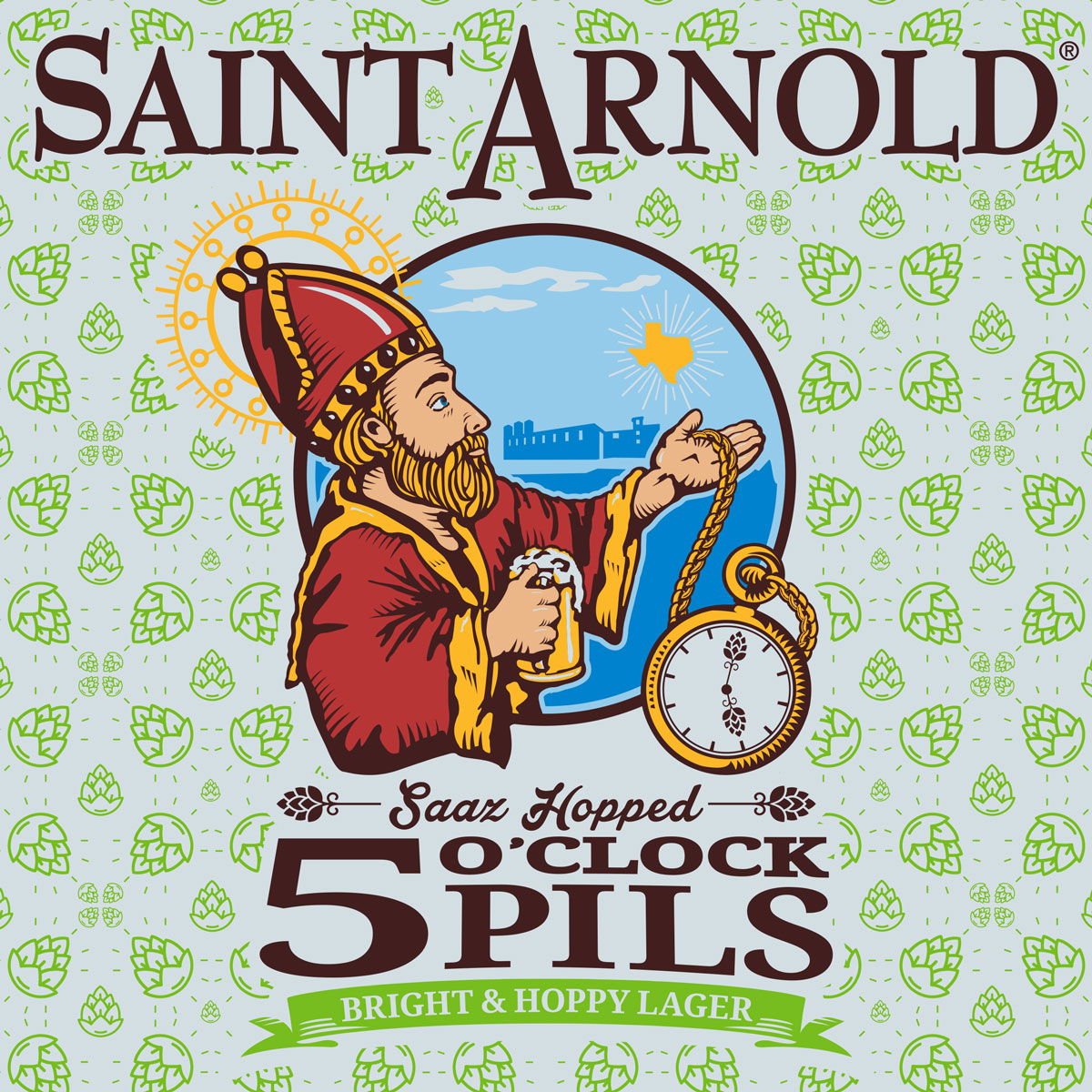 Saint Arnold 5 O’Clock Pils – This might be cheating since this beer technically came out under a different name in a previous year, but 5OCP showed up in 2016 under this name and therefore wins my award for Best 2016 Houston Beer. It’s a perfectly crystal-clear pilsner with a clean, crisp taste, a biscuity aroma, and a TON of flavor. I adore this beer and will happily drink can after can after can of the stuff. 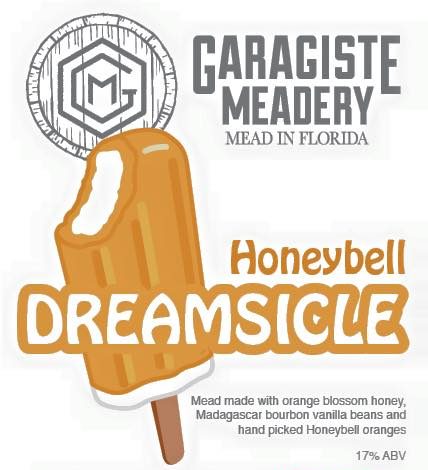 Garagiste Honeybell Dreamsicle – My pick for the best non-Houston beer of 2016 isn’t actually a beer at all, but a mead (a melomel, to be specific). You know that scene in Pixar’s Ratatouille where the food critic’s memories are taken back to childhood with one bite of a dish? That’s how Honeybell Dreamsicle treated me. One sip and I was a child, in my elementary school cafeteria, eating a popsicle given to me by a teacher who wanted to thank me for bringing an important letter home to my parents. The memory is deep, hidden in my brain, but this incredible elixir brought it to the surface. 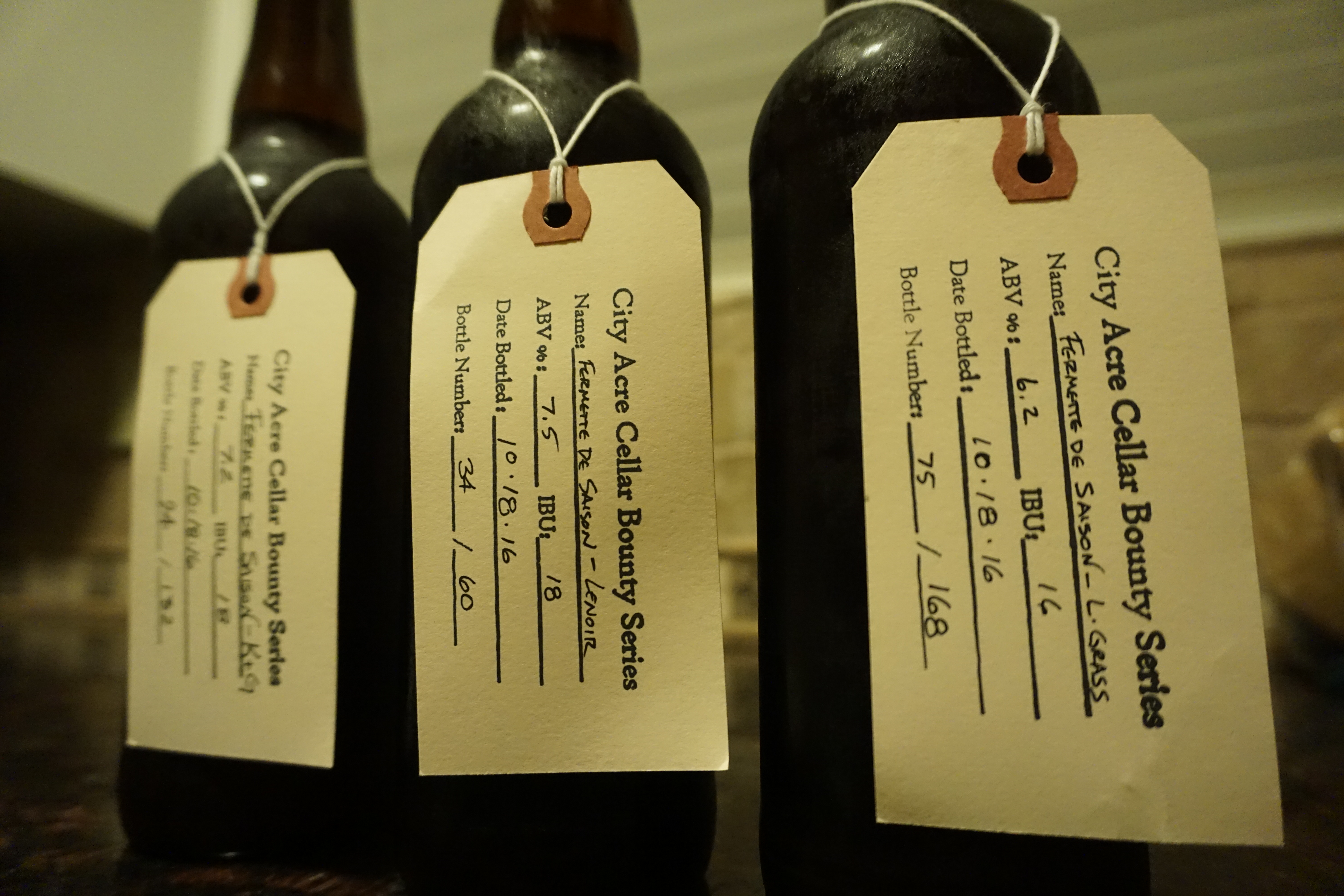 City Acre Fermette De Saison – Kumquat & Grapefruit – Houston finally has a brewery making a dry, highly carbonated Saison, which is one of my favorite styles. Out of the three variations City Acre brewed using fruit and herbs from their property, the Kumquat & Grapefruit variation was my favorite. The citrus complemented the natural flavor of the Saison yeast and the pit of the fruit added just the right amount of bitterness. I’m very much looking forward to see what ingredients they harvest for next year’s batch. 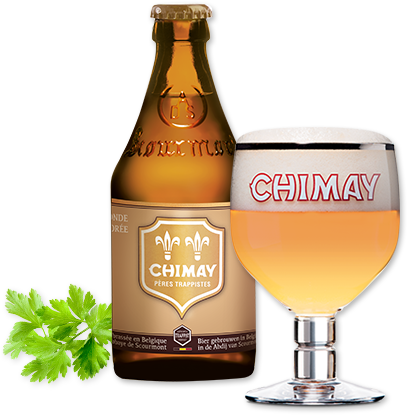 Chimay Dorée – This spring, my wife and I went on a trip to Belgium. We visited a dozen or so breweries and decided to make the trek all the way down to the Chimay restaurant/inn/museum (you can’t actually visit the abbey) to try the ubiquitous Belgian Abbey beers as fresh as possible. We were disappointed and yet amazed to find that their beers taste the same in Friendswood as they do in Chimay, but we were completely shocked to discover they brew a fourth beer that we had never seen in Houston. Dorée (French for golden) is a 4.8% patersbier that has the cleanest orange flavor I’ve ever had in a beer. It sees very limited distribution in the US. Occasionally Flying Saucer Downtown has bottles and it’s well worth the $10 to try it yourself.

Saint Arnold 5 O’Clock Pils – For the 2nd year in a row, Saint Arnold debuted a spectacular new year-round beer (in 2015 it was Art Car). 5Oc is delicious and crushable. It takes a classic style and nails it, but with enough of a twist to keep it interesting and new. A permanent staple in my fridge.

The Bruery Melange No. 14 – It’s been nearly four months and I’m still giddy that my favorite US brewery is on our shelves. I’d never had M14 before it landed in Houston, and I immediately fell in love. It’s a perfect encapsulation of one of The Bruery’s great strengths: deliciously complex and dangerously drinkable barrel-aged monsters. 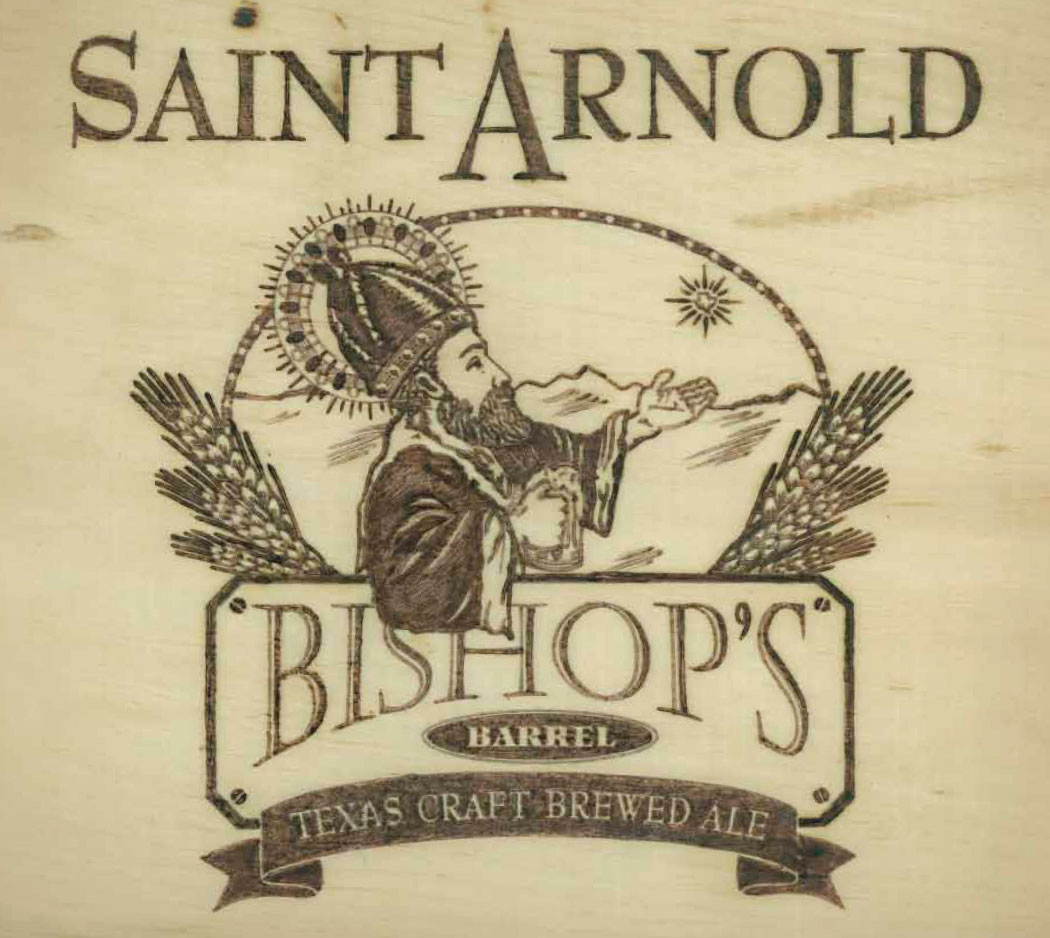 Saint Arnold Bishop’s Barrel #13 – This beer screamed to me to begin with. A bourbon barrel quad that was done to damn near perfection. Tons of bourbon, vanilla, that traditional quad fruit, and it all came together without being too boozy. One of my favorite Saint Arnold beers ever.

Russian River Temptation – I spent a few days out in the California wine country this year celebrating my 40th trip around the sun. No trip out that way would be complete without a trip to Russian River Brewing, and the wife and I enjoyed the full beer sampler. The standout to me was Temptation. The Chardonnay barrel and Brett funk in this blonde ale just provided the perfect level of sour. I know Consecration and Pliny get more attention from Russian River, but this is the beer I’d drink the most of that they produce. 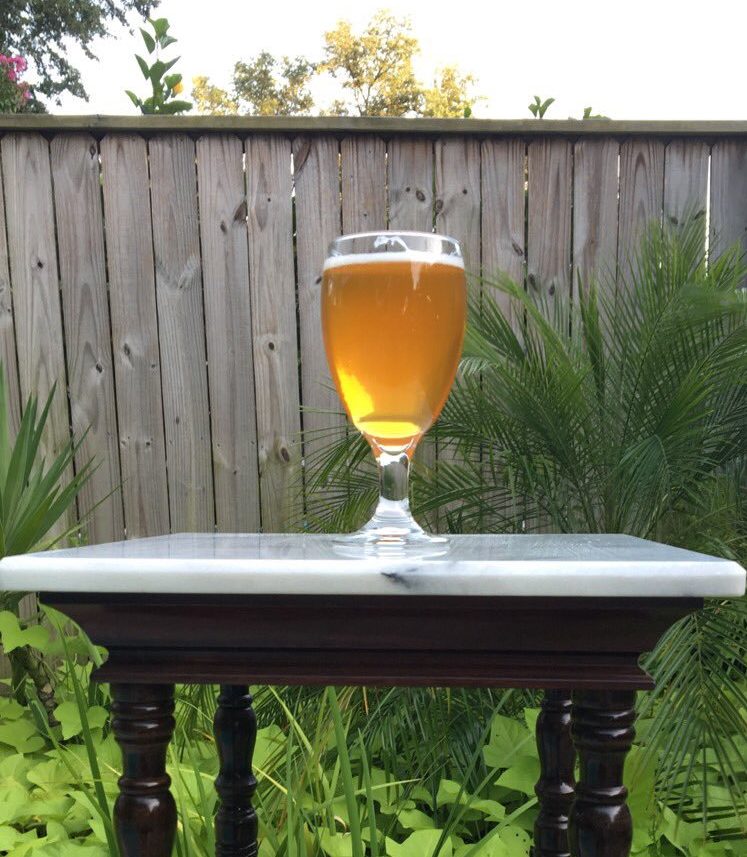 Brash Pussalia – My favorite Houston beer is a Brash brew for the second year in a row. Pussalia drew me in with its gorgeous, resinous aroma and hooked me with its double-dry and undeniably dank hops, rounded out by tropical notes. Its crisp, clean, medium body and dry finish left me wanting more: Pussalia is a perfect double IPA in my book. 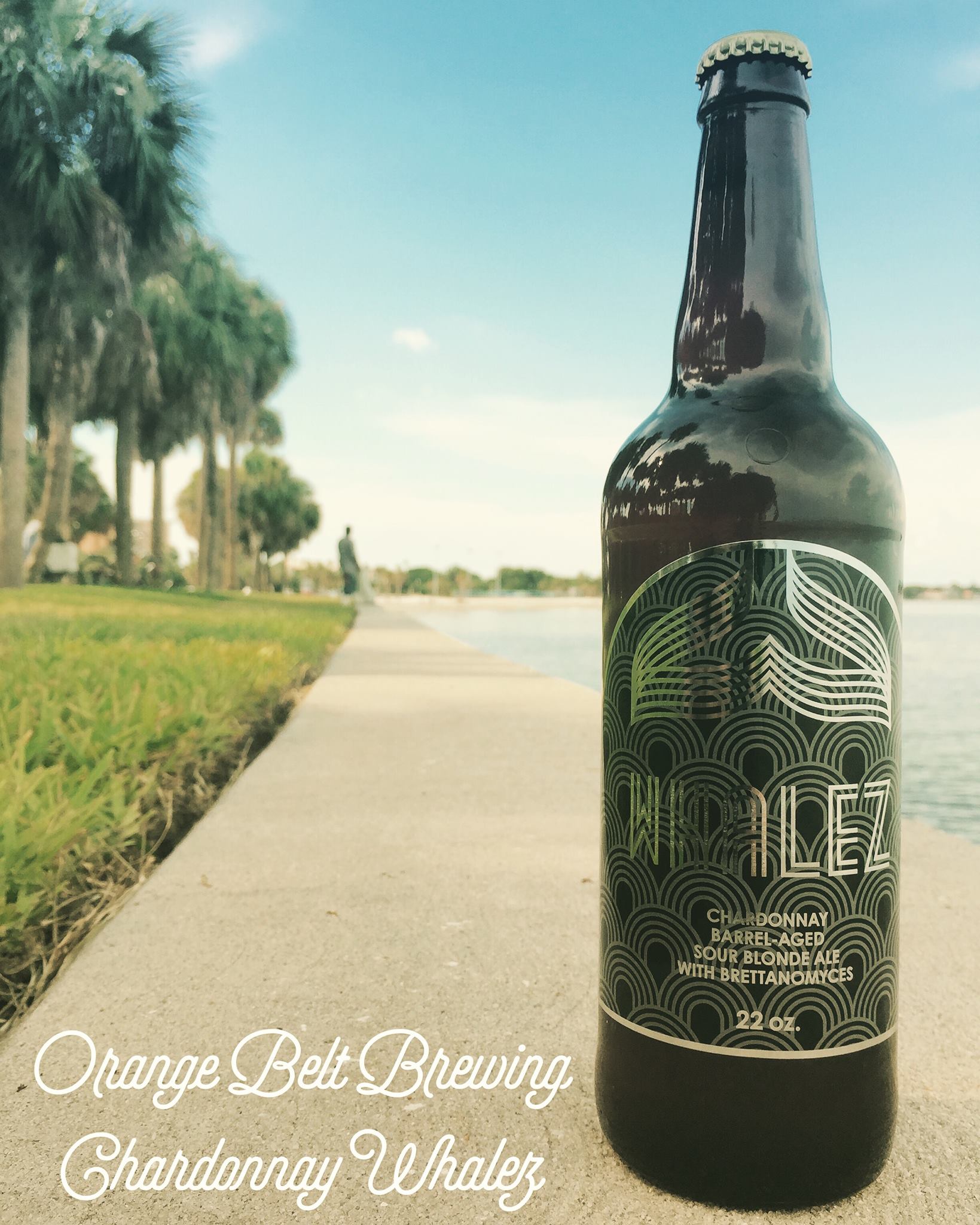 Orange Belt Brewing Chardonnay Barrel-Aged Whalez AKA Whalez 2.0 (Chardonnay Barrel) –  I swear I didn’t choose this beer just so I could say “Whalez, bro!” but I have to say it: “Whalez, bro!” However, I will swear that this is one beer truly worth seeking out. A side project of Cycle Brewing’s Head Brewer Eric Trinosky, Orange Belt Brewing makes some beautiful sour ales. The light, lemony tartness of the chardonnay barrel-aged version of their Whalez blonde ale is perfectly balanced with its rich oak character and bright acidity. One of the most well-executed barrel-aged sours I’ve ever had; it is in a class with the best of Portland, Oregon’s venerable Cascade Brewing.

Saint Arnold 5 O’Clock Pils – Austin may be the “Pilsner Capital” of Texas. But the best domestic pils available is from Houston. 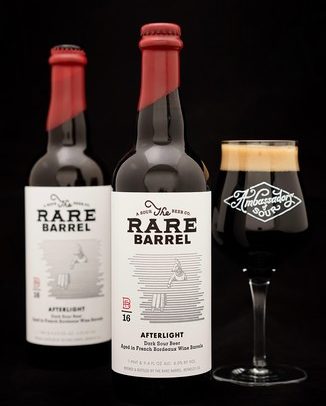 The Rare Barrel Afterlight – I’m generally not a fan of dark sours or red wine barrel-aged beers. But rarely are they executed near perfection. Afterlight is such a beer.

Saint Arnold 5 O’Clock Pils – My high expectations were exceeded by this local take on the Americanized version of the classic continental style. As I learned in the HBG blind pilsner tasting, these hoppy pilsners fool me – they don’t taste exceptionally hoppy, just ‘crisp’ and slightly aromatic. 5OC hits this mark hard – a nice bitterness, great earthy hop aroma and clean crisp finish with a little malt sweetness. The fact that this beer is on basically every supermarket shelf all the time is a great bonus for someone like me that gets most beer on the weekly shopping trip. 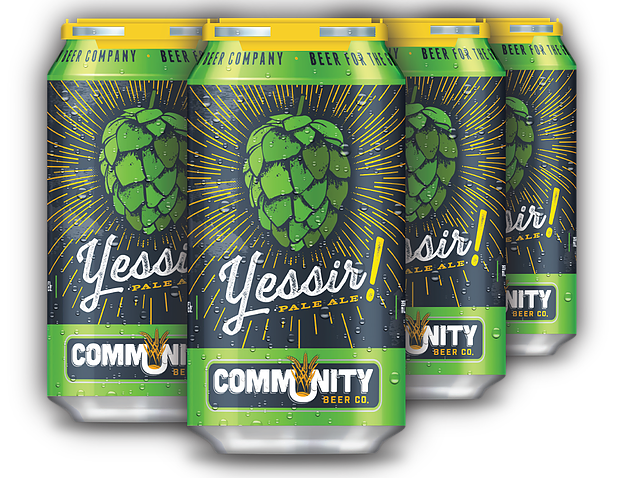 Community Yessir! Pale Ale – I love APA, but I also find that most new pales don’t really stand out in comparison to the incredible classics *cough* Sierra Nevada *cough* that are always available. This Dallas-area brewery takes a heavy hand to the three new(ish) hop varietals in their fall seasonal brew but most importantly maintains a balance (and ABV) that’s squarely in line with the style, making it incredibly drinkable with a unique juicy hop flavor. That flavor profile stands out from the long shadow of the classic APA with the pale green label. Distinct, delicious and darn good! Yessir!

Is it Worth it to Stand in Line for Beer?

Who will be Houston's Tree House or Trillium?